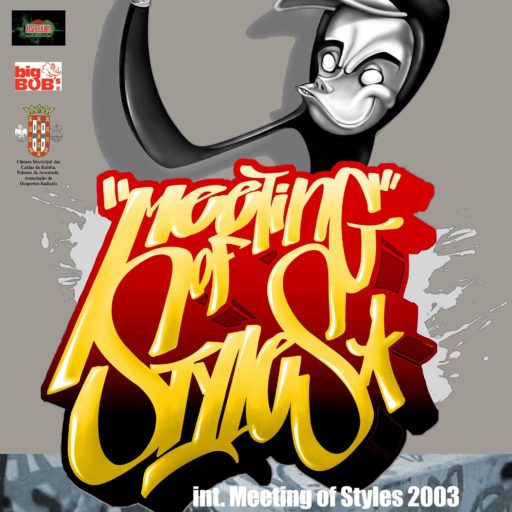 The spot was located in the city Caldas da Rainha, 80km northwest of Lisbon. When we came out with the plan for a portugese MOS, the city hall liked it, was cooperating and gave us a little support to make it happen.

Eventhough the line-up was focussed on portugese writers, some british guys came over to paint.

You got to know that Graf has an own history in Portugal. Until 1975 this country has been under the reign of a dictator. Writing on walls then was the only possibility to express yourself and those who wrote political statements on walls, are now in the leading positions.

So understand this story, we were told by some locals from Lisbon: Once these guys were out at night painting a wall. Cops came by and the writers ran away. Eventhough they got busted later on. The cops brought them to the wall and said: “You put my name up there, and the name of my partner right there. Then you can leave.” The writers did it and got away. Funny how different countries and mentalities are.