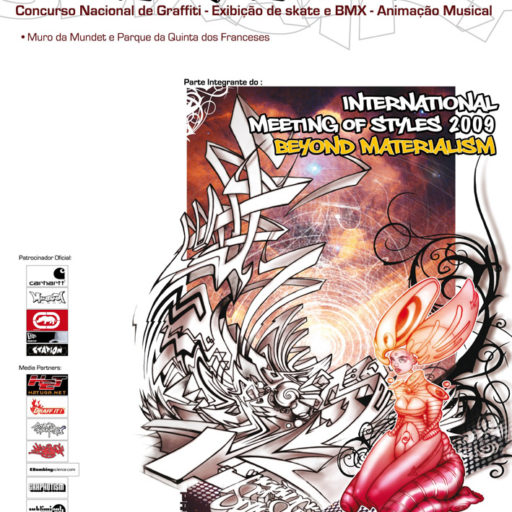 Portugal received the Meeting of Styles for the first time in 2003, when the city of Caldas da Rainha played host to one of the biggest graffiti collaborations in the southern European country.

After years of audacious plans and cancellations, the country is gain on the graffiti world map. 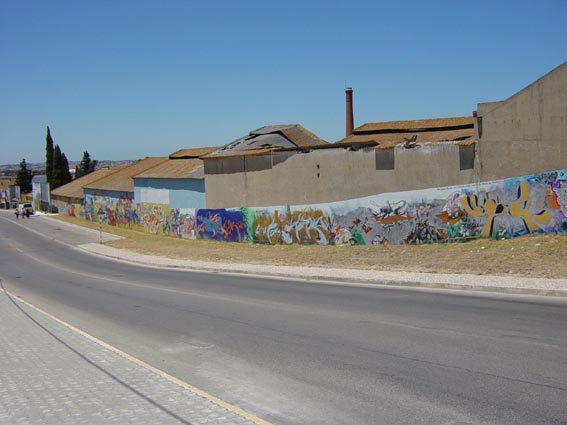 Lisbon is the capital and largest city of Portugal. Its municipality, which matches the city proper excluding the larger continuous conurbation, has a population of 564,477, while the Metropolitan Area in total has around 2.8 million inhabitants, and 3.34 million people live in the broader agglomeration of Metropolitan Region.

2009 sees the city of Seixal (located in the south bank of the River Tagus, opposite Lisbon) host the event for the first time. The Meeting Of Styles 2009 will take place during the Seixal Graffiti, an event on its 6th onsecutive year, and the only nationwide graffiti meeting in the country. The Seixal City Hall puts the event together and it will also feature various competitions, skate ramps and entertainment.