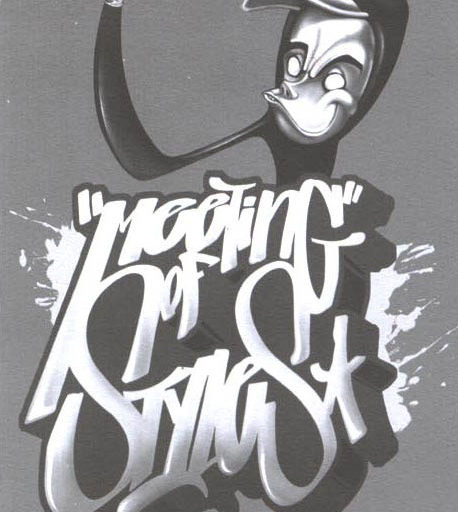 As flexible as we got be sometimes, we moved the venue to a wall with more than 300 squaremeters. Spanish scene is pretty vivid, big and active. After the MOS a Hip-Hop-party has been held at a club.

As the capital Madrid is a city of great cultural and political importance. While Madrid possesses a modern infrastructure, it has preserved the look and feel of many of its historic neighborhoods and streets.

Writers used to wait in the subway-station for a train to come in, then pulled the emergency-brake and then in a bunch of 10 and more writers just rocked the steel with end-to-ends or whole-cars. Eventhough there are many dope-walls around the city, this phenomena of rocking steel on line, caused this major opinion. At the end for the MOS2003 in Madrid we didn´t get a permission for the original spot: a huge park with several walls all over which are partly established as Graffiti-Hall-Of-Fame. The total wallspace would have been more than 1000 squaremeters.

So our possibilities were: either to cancel the spanish MOS, or to find another spot.