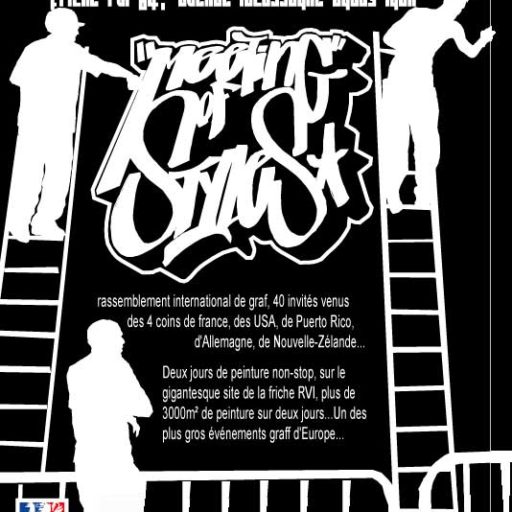 Lyon – the second biggest city in France has a huge and strong Graffiti-scene. People here from all different disciplines seem to come along with each other very well. Among Lyon you can see a lot of nice bombings and walls, when you ride the trains, when you ride the car.

The MOS-spot again was the famous RVI-factory with more than 2000squaremeters of space among several walls. It is very well reachable by bus and subway, a short walk near the station Grange Blange in Rue Lacassagne. 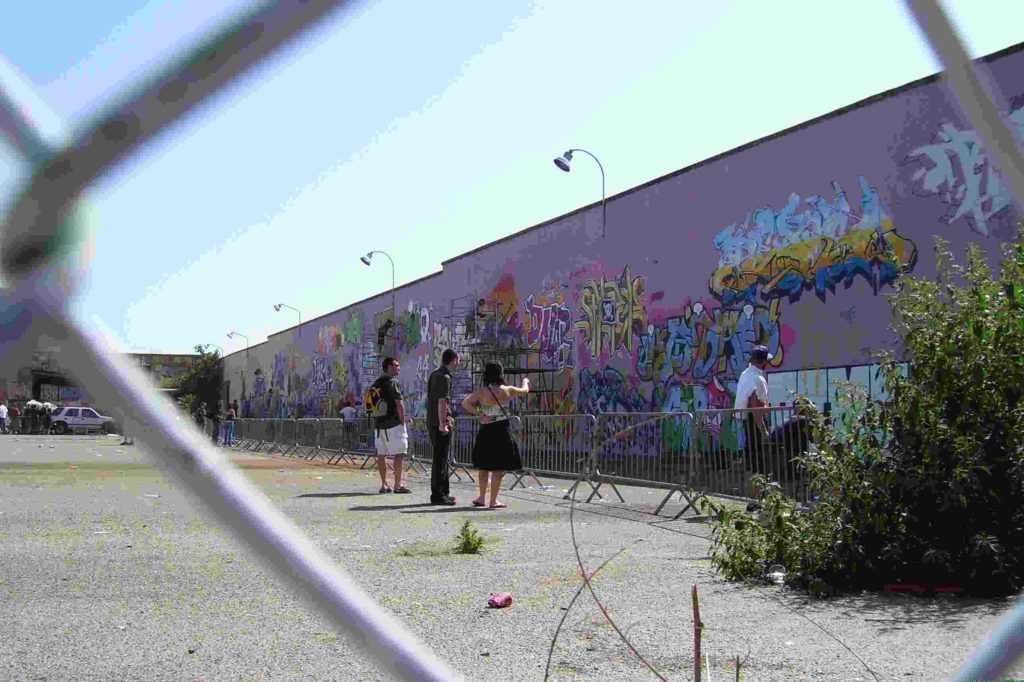 The amount and size of the walls are humongous. RVI used to be a factory for trucks in the past. Since its not in use anymore due to globalisation probably, the local art and cultural-scene has discovered it and is using it. After we got the confirmation that the MOS again can happen in Lyon, the local orga has done a lot to realise the Jam with a very small budget. 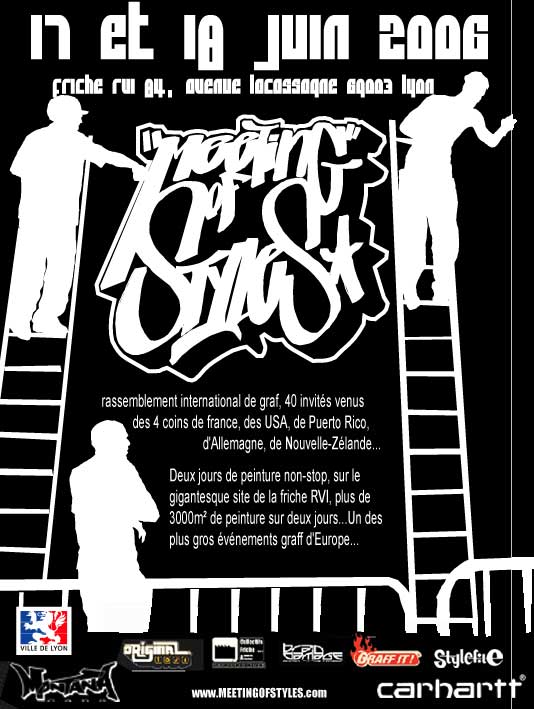 Walls were primed so artists grabbed cans, eager to rock the walls. All day more than 120 artists were buisy, creating their art. Afternoon a soundsystem had been settled up throwing reggae, dub and drum-n-bass-tunes of the finest.vSo the vibe was pretty chill. The local organisation has had a lot of efforts to bring you the french MOS as.their budget was tight. But with love and passion in the heart, they got it going! 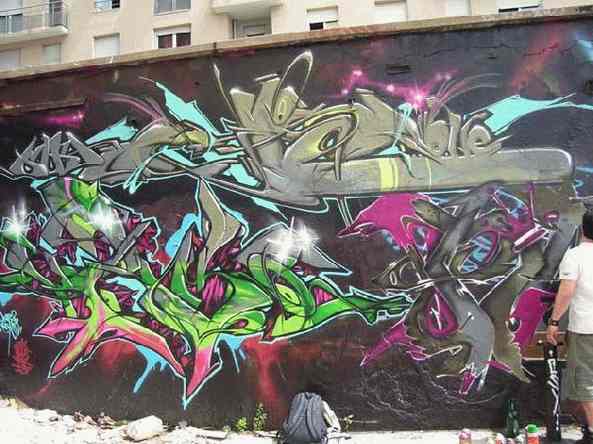 After it wasnt sure for a certain time whether we can do the french MOS in Lyon or not, we are glad that we got the confirmation that the city of the lion will be the place to be once again.The spot is at: Friche RVI, 84 avenue Lacassagne, 69003 Lyon.