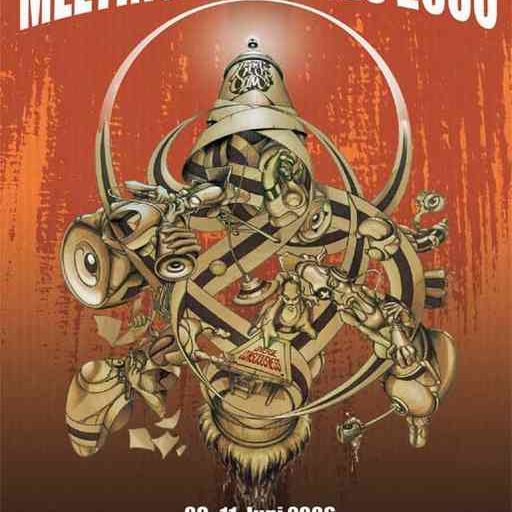 The german MOS as always happened in the city where it all started – Hessens capitol Wiesbaden.  As we had problems with a mad landlord spreading lies and rumours in 2005, we couldnt do the concert again and focussed straight on Graffiti. 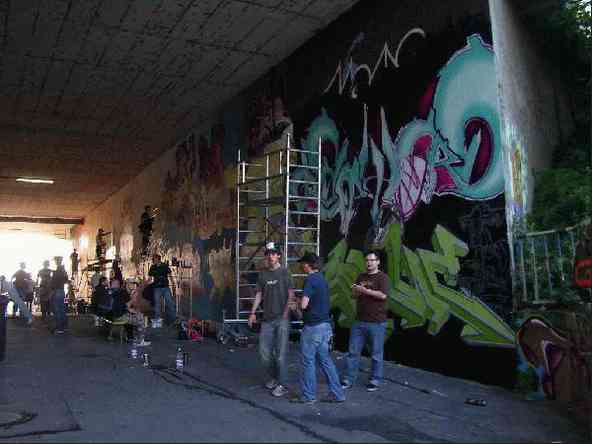 The Brückenkopf is a huge underpass complex at the bench of the Rhine and has more than 2000 qm on several walls. It is very well reachable by train, car and bus. The Jam started thursday with priming the walls and arrival of artists. Walls primed, cans ready – the artists started to bring different styles and different ideas together. Saturday was the main day with a street-party, breakdancers and DJs. Artists continued working on their art, while those who where finished headed to rock another wall. More than 80 artists from more than 10 countries, more than 1500 spectators over the weekend appreciated the event and the organisation. 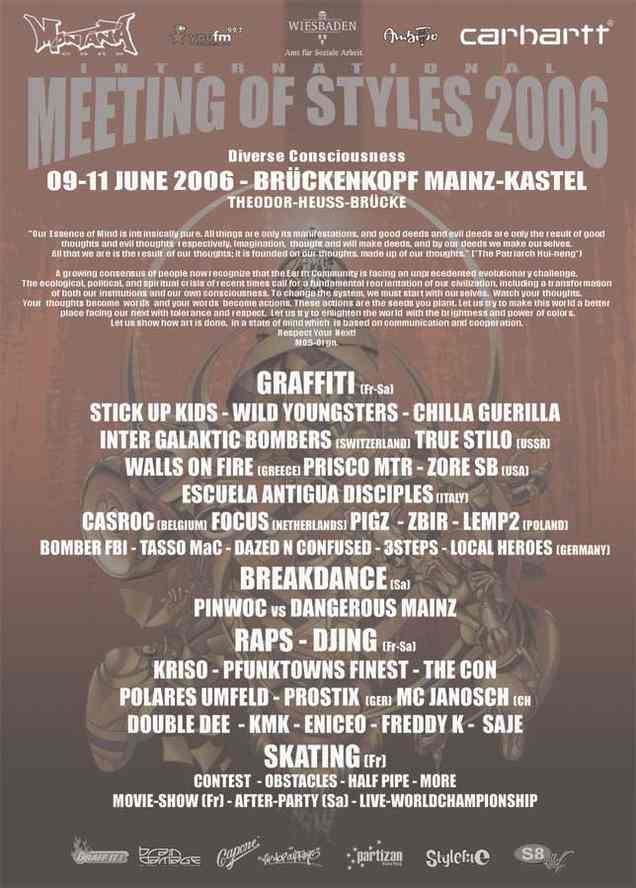 Everything was cool and chill, except one local. Aware of the delicate situation, of conservatives waiting to cause problems to the MOS. So this local turned out to be a sort of undercover-agent for the conservatives as he hit two spots with tags which should have stayed clean. Somebody always needs to play the fool. It is this narrow-minded- realness-attitude which causes harm to the culture. The action shows the mind behind. After this incident new discussions with politicians and another struggle could come up for 2007. 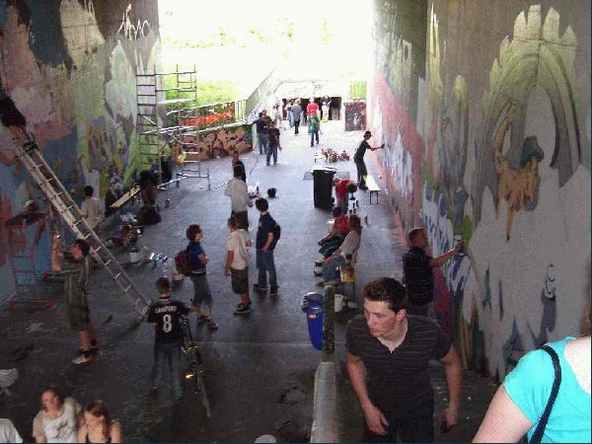