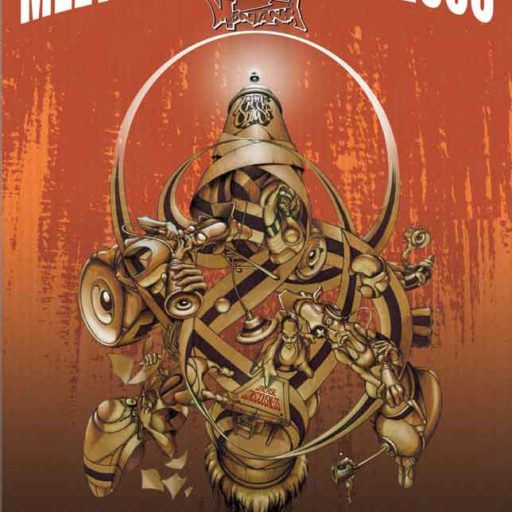 After some problems made it impossible to realise the first brasilian MOS in 05, we are glad we got it going in 2006. Eventhough we could not do the jam at the old spot, a new one had been found.

The first brasilian MOS turned out to be a succesfull event! The wall had been long and gave space for a lot of artists. The new wall was located in Leblon, a better situated area in the south of city. The wall was approx. 200 m long and between 4 to 5 meters high, solid and ready to be painted. Why again a new spot? Well, our local told us the story, that recently in the past two months before the MOS it happened that writers got threatened by so called securities. They didnt only threaten them with a pulled gun, but also with murder. No kidding! The securities told the writers that the only reason why they let them come along was to tell everybody else that writing on this wall could cause serious danger for their health. 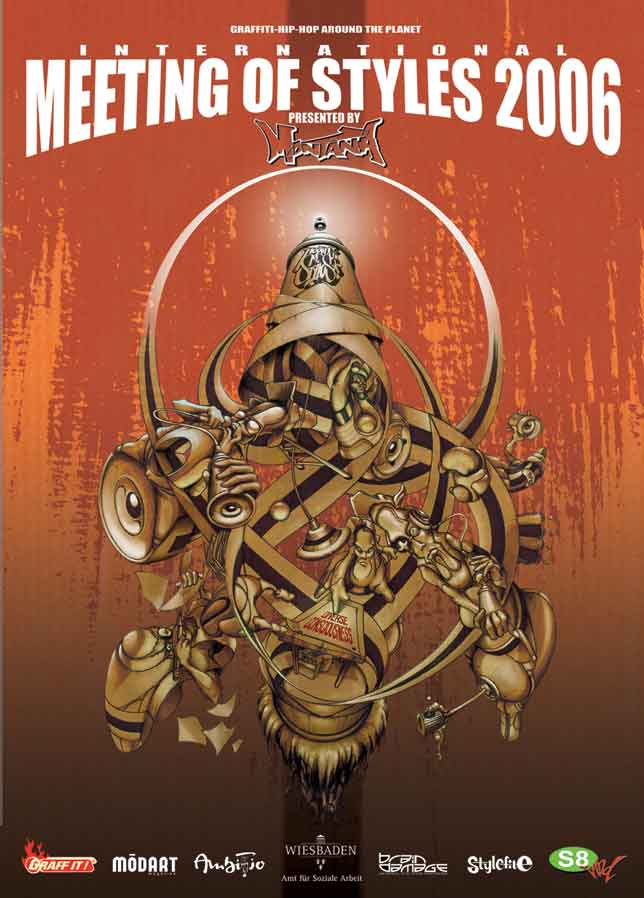 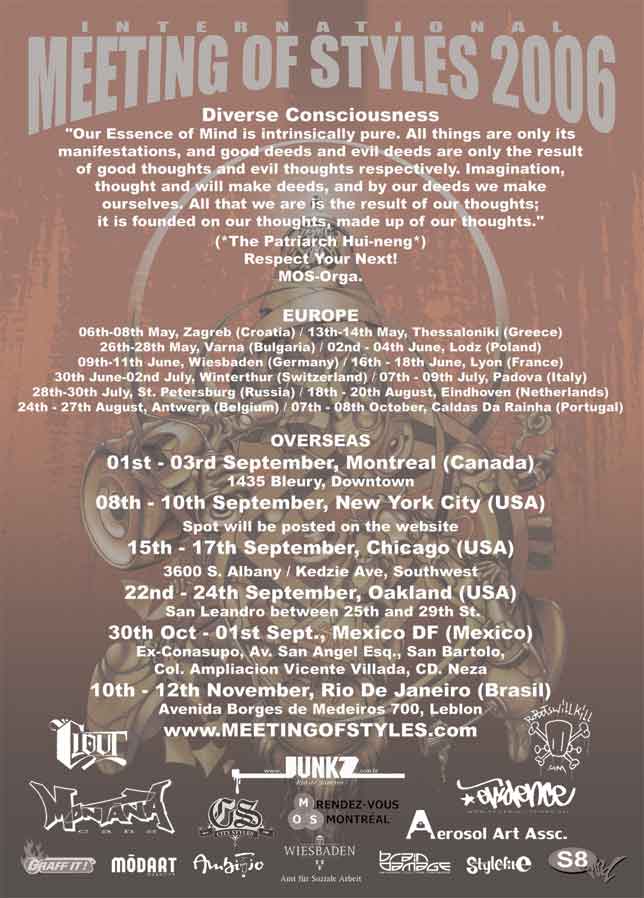 Even though the wall had been used for Graffiti- and Mural-Jams in the past and a permission was given, we didn’t do it there. Simply because you can never trust these kind of securities. Another point is that the old wall is located in the harbour-district of Rio. And if you have ever been to cities with a big harbour, you know how it is. Another idea which came up was to do the Jam in one of the Favelas. Exotic idea, but kind of dangerous too. In these areas usually it´s the people who live there who are around, no tourists or writers from outside the hood. Though the scafoldings have not been delivered and there were not enough ladders for everybody, people were not kept away from having a good time. Artists from different cities of the country as well as artists from outside the country arrived friday evening to check out the spot and to work on concepts and ideas.

A club-party near the venue opened the MOS-weekend in rio´s party-district Leblon. During the night some commission job had been done while the Jam started saturday morning. Artists been buisy all day long and started around 9 in the morning painting straight through into the night. Last writers left the spot at night or better early at sunday morning. Seems like the didnt get enough of it. Artists from all over Brasil, Switzerland, Germany, England, France, Holland, Belgium and the US participated and made it a real international Jam. Store from around the venue donated food for almost everybody on the set, while some gang-leaders provided tea and biscuits.Saturday was rounded up with another party in a club near-by. 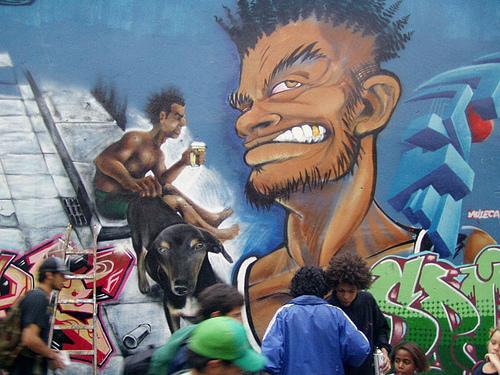 Afternoon a showcasehappened at the venue with Du-gueto, Dr. San, Os Peregrinos, Welf, Kapella, Ricardinho, Rimas e Tintas and B-Boy-Battle.Its gonna be the real flavour. On sunday the whole story continued in the morning. Writers about to finish productions. Afternoon showcase with A Resistencia, Zoi, Cidelle PQD, El Tosh, Marechal, DJ Saci. Near by the new venue in Leblon was a beach to chill, nice “discotecas”, sport-yards and chilly people in a chilly neighborhood. 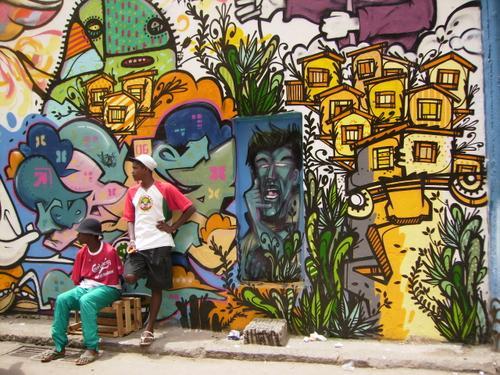 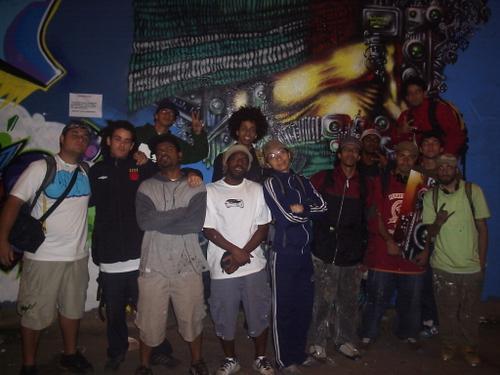 Rio de Janeiro is the second major city of Brasil after Sao Paulo. Commonly known as just Rio, the city is also nicknamed “A Cidade Maravilhosa” – “Marvelous City”. The population of the City is about 6.136.652, of the larger metropolitan area is estimated at 11-12 million. It was Brazil’s capital until 1960, when Brasilia took its place. Residents of the city are known as Cariocas. In Rio de Janeiro, buses are the main means of masstranportation. There are nearly 440 municipal bus lines serving over four million passengers each day, in addition to intercity lines. Although cheap and frequent, Rio’s transportation policy has been moving towards trains and subway in order to reduce traffic jams and increase capacity. Rio has two subwaylines and several commuter rail lines. Future plans include building a third subway line, including an underwater Drugs and the Favela Cops acting in the favela.

The Colombian cocaine trade has impacted Brazil and in turn its favelas, which tend to be ruled by druglords. Regular shoot-outs between traffickers and police and other criminals, as well as assorted illegal activities, lead to murder rates in excess of 40 per 100,000 inhabitants in the city of Rio and much higher rates in some Rio favelas.Traffickers ensure that individual residents believe they can guarantee their own safety through their actions and political connections to them. They do this by maintaining order in the favela and giving and receiving reciprocity and respect, thus creating an environment in which critical segments of the local population feel safe despite continuing high levels of violence. 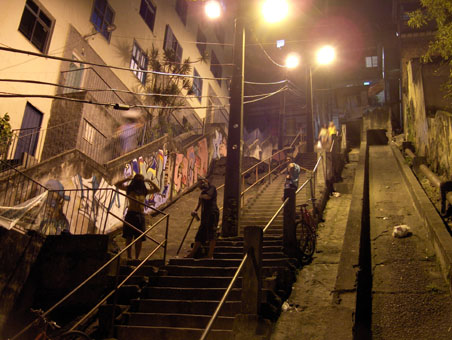 After 1990, the city’s growth rate leveled at 7 percent, but the favela population increased by 24 percent. By the year 2000, this created an all-time high of people living in concentrated poverty. Current increases in the population of favelas can not be credited to the original reasons of rural to urban migration or foreign immigration. These increases can more accurately be linked to the increased downward economic and social mobility of the people. The middle classes are getting poorer and unable to find affordable housing close to work, and the lowest classes are being voluntarily or involuntarily pushed out of the formal favelas of the inner city and into irregular favelas of the periphery because of gentrification. 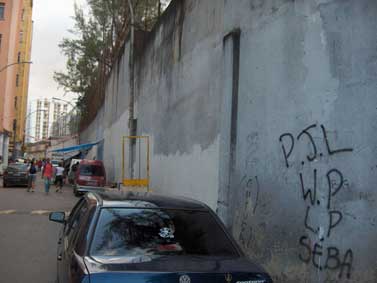 It is difficult to increase one’s social and economic status in Brazil’s major cities because of the decrease in job opportunities for uneducated and unskilled workers and the decrease in manufacturing jobs for blue-collar workers. There are currently higher educational standards for job entry, but it is extremely complicated for the urban poor to gain higher education. The public education system is not a reliable source for college preparation. Although college education is free, high entrance exam scores are necessary and a large majority of young favela inhabitants do not have access to the academically competitive private schools and expensive preparatory courses to prepare them for the test.