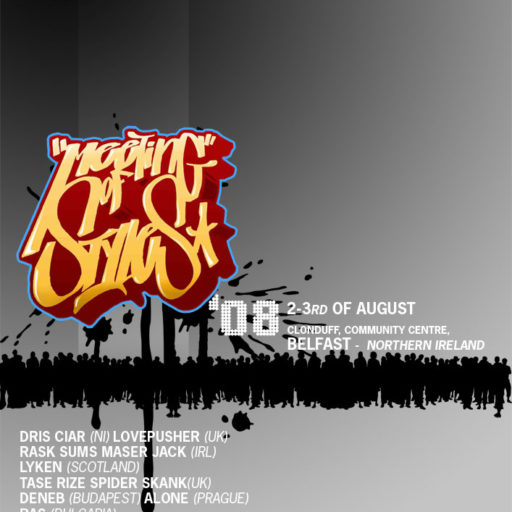 Ireland was one of the first countries to join the MOS back in 2002. After the meeting moved over to Liverpool and Birmingham in the UK, it comes back to Ireland.

Belfast is the capital of Northern Ireland. It is the largest urban area in Northern Ireland and the province of Ulster and the second-largest city on the island of Ireland.

Because of the Ireland-conflict, Belfast has been a hot hot place where a lot of crazy things happened. Also the city has a history and culture of wall-painting which makes it kind of special. As most of the murals are military style, some walls are slowly changing with peacefull motives. 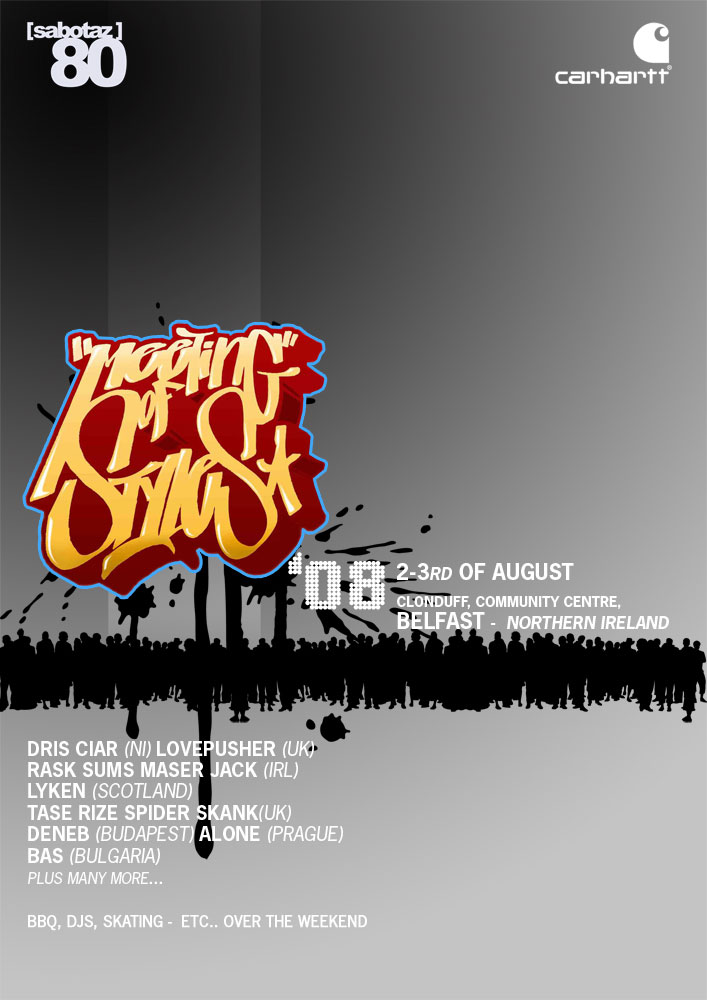 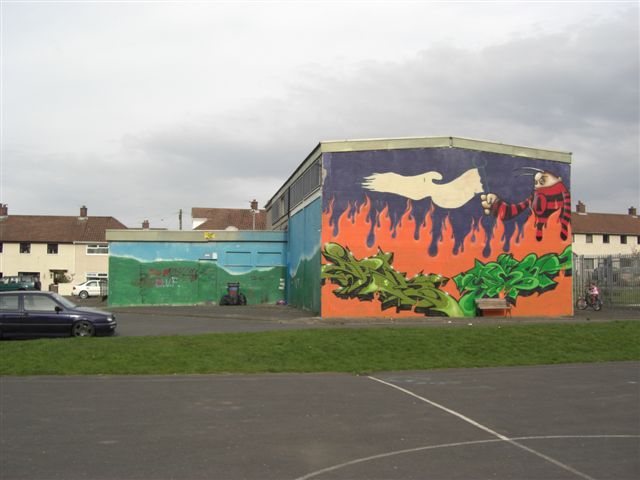 The community gave permit to the locals to host the event at the center and helped with scafoldings and BBQ. Artists from all over the UK, Scotland and Ireland flew, drove and walked in so there was a good percentage of british and irish guys mixing it up together and both religions and cultures were well represented as well as a nice addition of guys from other parts of Europe. A lot of kids from the hood came along to watch the creation of peacefull murals in a vibe of colaboration and exchange.

Watch out for the irish MOS2009! We got something very special coming up.