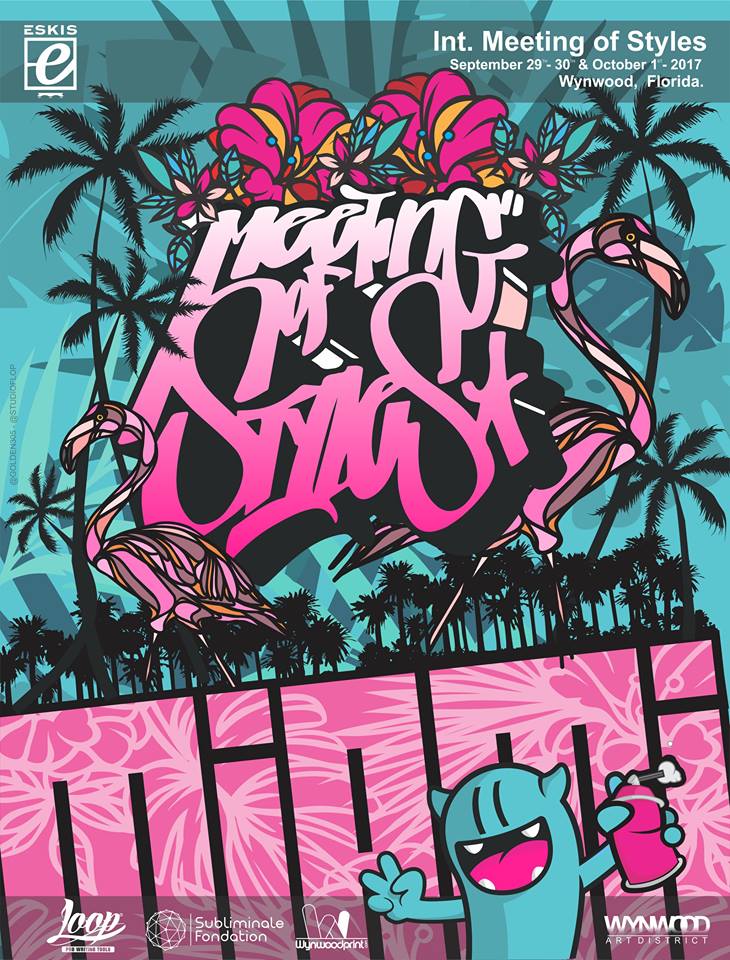 For the first time Meeting Of Styles is coming down to Florida. The place to be for this special event are the famous walls around Miami´s Wynwood neighborhood. Be prepared for massive burners brought to you by Eskis!

Miami is a major port city on the Atlantic coast of south Florida in the southeastern United States.

As the seat of Miami-Dade County, the municipality is the principal, central, and the most populous city of the Miami metropolitan area and part of the second-most populous metropolis in the southeastern United States.

It is the eighth-most populous and fourth-largest urban area in the U.S., with a population of around 5.5 million. The city is a major center, and a leader in finance, commerce, culture, media, entertainment, the arts, and international trade.


Check out the burning artists representning Graffiti and Mural-Art at its highest level:

Check out the local orga at FB!