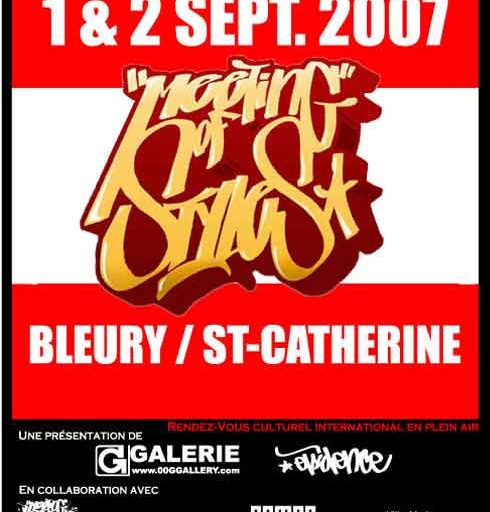 The second Montreal edition was a definitely a hit. The weather was beautiful, the NYC oldschoolers came through, the montreal heads killed it, fans loved it. The jam’s funding it still a major concern…

Montreal is the cultural centre of Quebec, and of French-speaking North America as a whole. The city is Canada’s centre for French language television productions, radio, theatre, film, multimedia and print publishing.

The Quartier Latin is a neighbourhood crowded with cafés animated by this literary and musical activity. The local English-speaking artistic community nevertheless contributes dynamically to the culture of Montreal, and intense collaborations exist between all Montreal communities.

“MOS MONTREAL 2007 – JUST ANOTHER BANGER – MEETING OF STYLES STROKE BACK – STILL HOMEGROWN, HUSTLED HARD, BUT CLEANER THAN EVER 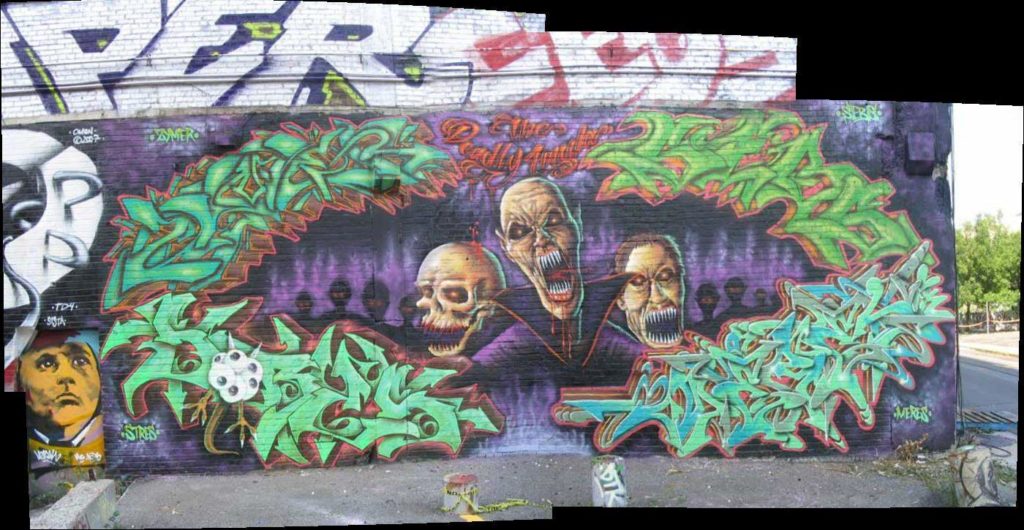 But once again, it was homegrown and hustled hard. MOS Montreal shows what’s possible with minimal money and a lot of heart/art. The opening party was presented by 00Ggallery.com. For the occasion, recent works by Norm (San Francisco, world famous 7th Letter crew) were on display at 111 Roy St. This guy is a machine. In a couple days, he painted the venue inside out, tattooed and got inked himself, painted some spots around town, and nearly sold out his show.

The opening reception was a success, as the featured artist, out of towners and local heads got a chance to meet many curious, interested and interesting people. Painting went down at the same location as last year, probably the best spot around town: in the middle of downtown’s festival district. Many legends hit up the walls, such as members from FC, COD, 156, MSK, TFO, 123Klan & TPA crews. Excellent piecers from Montreal, Toronto, NYC, France, Porto Rico and beyond got up also.

Books got killed as well, as kids and fans jumped on the occasion to meet some of their heroes.

“Nobody got hurt, nobody got arrested. MOS Montreal’s well on its way to 2008.”

Location: Paintings are on Bleury/St-Catherine, Metro stop is Place Des Arts, Autobus that can get there are 80, 129 and 24