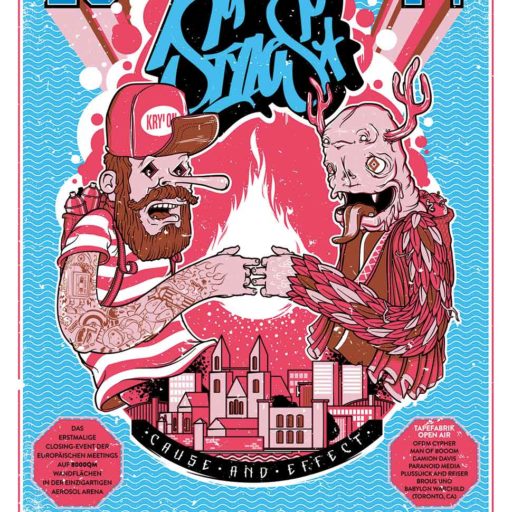 As closing event of the european Meeting of Styles we are happy to welcome the Aerosol-Arena in Magdeburg. Probably Europe´s largest Graffiti-Hall-Of-Fame!

Magdeburg is the capital city of the Bundesland of Saxony-Anhalt, Germany, is situated on the Elbe River and was one of the most important medieval cities of Europe. Emperor Otto I, the first Holy Roman Emperor, lived for most of his reign in the town and was buried in the cathedral after his death.

The Aerosol Arena used to be a bread-factory back in the days when Germany was divided.  Since a couple of years it is run by an association and is being used as a gigantic Open-Air-Gallery of Graffiti-Art. 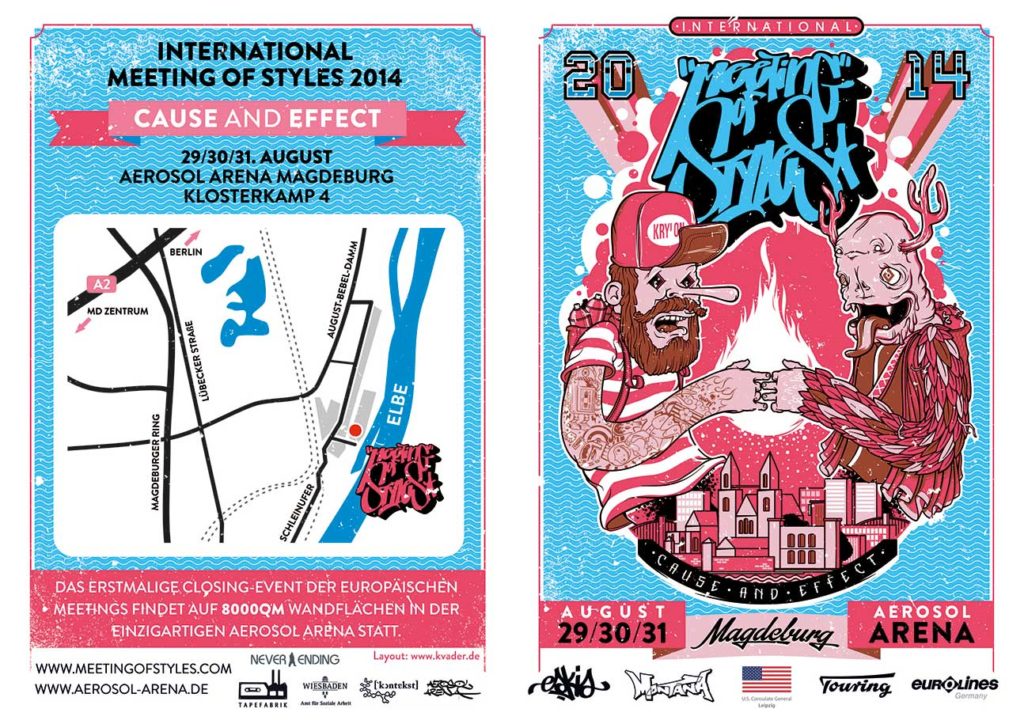