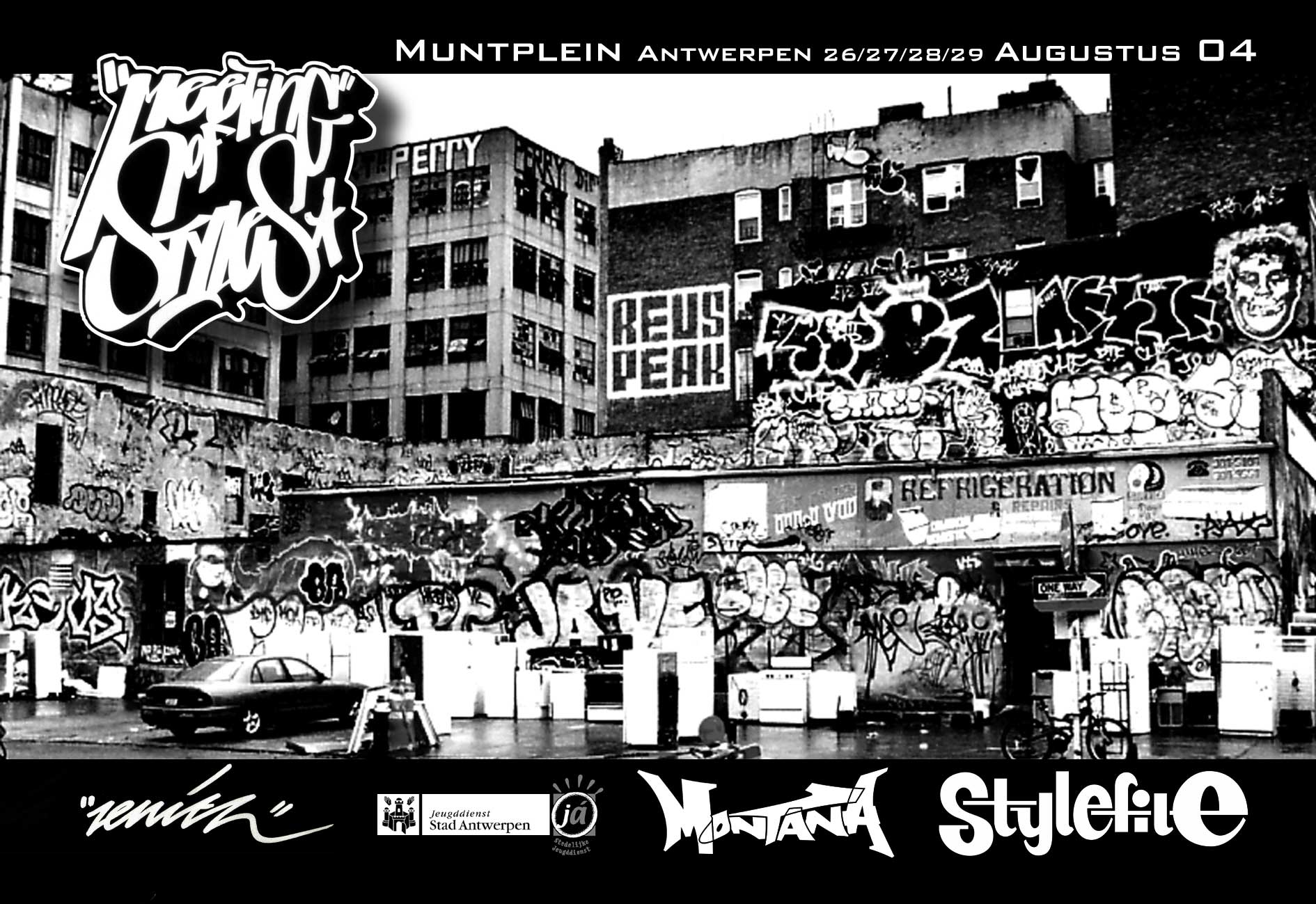 The belgium Meeting happened at the same spot as in the former years, which is located at a very famous touristic place – Muntplein. Over a couple of days artists worked on huge murals with a total of more than 2000squaremeters wallspace.
The precise adress of the Meeting is Muntplein (Muintstraat). From the central station it’s 20 minutes by foot (Keizellei – Meir – Groenplaats -Nationalestraat – Augustijnenstraat) or you could take tram 2 or 15 (station Groenplaats).

Antwerp is a very nice city with a very good atmosphere of internationality, cooperation and communication. The precise adress of the Meeting is Muntplein (Muintstraat). From the central station it’s 20 minutes by foot (Keizellei – Meir – Groenplaats -Nationalestraat – Augustijnenst.

The Meeting was quite cool, like always. Unfortunatley the first two days it was raining. At friday the sun came out and supported us. Artists from all around Europe were quite buisu creating new murals at the bug walls of the Muntplein. At the same time of the MOS a concert and breakdance-session had been held at the St.Andries, a cultural center near by.