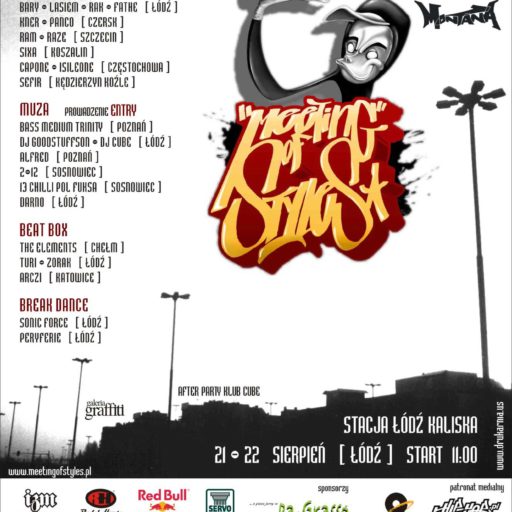 The polish MOS happened in the city where it originally started – Lodz. The original plan was to have the opening of the Graffiti-Gallery, walls that have been especially built for Graffiti-Art. As the works wont be finished in time, a new spot has been found – really long and huge wall with approx 1000squaremeters at station Lodz Kaliska.

You can get there easily from Warsaws main train station to Lodz Fabryczna. Several events as part of the MOS made it very special. The Meeting itself was happening saturday and sunday 21st-22nd of August at this huge and nice spot next to a train-yard. 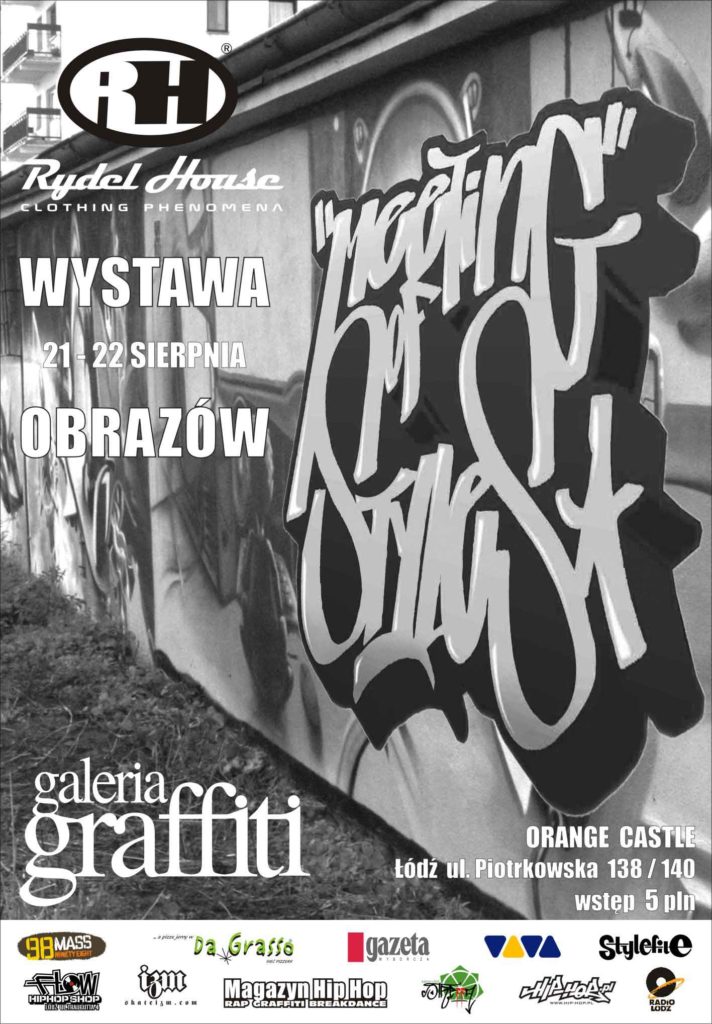 Beatbox by The Elements, Turi and Zorak, Arczi. On the floor rocking and spinning: Sonic Force, Periferie. There had been a concept behind the wall, some writers just came, didnt know about the concept and just started. Eventhough the wall turned out to be a nice and colourfull monument of polish skills. Breakers were rocking the fllor, while upon stage polsih Rappers and Beatboxers were rocking the Mics with unique and special styles. An After-Party was happening at Cube-Club with Bass Medium Trinity, DJ Goodstuffson, DJ Cube. A movie-show as well was part of the programm and closed the weekend.