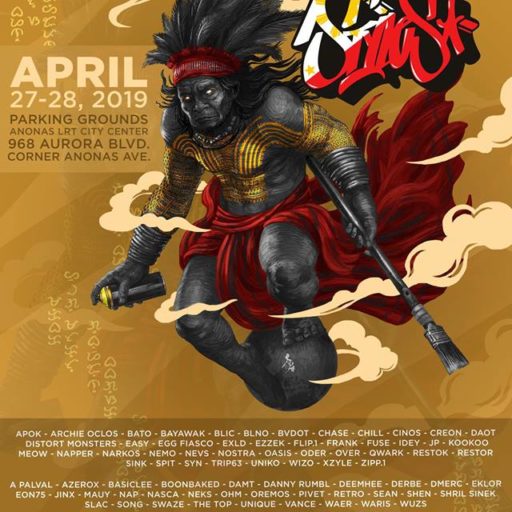 The opening of MOS in 2019 is going down in Manila, capitol of the Philippines. Carrot Bombing keeps on hosting the MOS and brings artists from all over Asia and half of the world together to bring more colours into this world. Better chilla with the killa in Manila!

It is the capital and second largest city of the Philippines. It is located on the eastern shore of Manila Bay, is the second most populous city in the Philippines, behind Quezon City and and has a total population of 1.6 mill in 2010 census.It is one of the sixteen cities which, along with the municipality of Pateros, make up Metro Manila, the National Capital Region, whose overall population is around 12 million.

As you can see the spot has a lot of wallspace with big and nice walls. This year the event is being held at the official sponsor ‘Task Us’ parking grounds on Aurora BLVD in Quezon City, which is a metropolis that makes up part of Metro Manila. Check out the amazing line up with artists from all ove Asia, Europe over the US.

It is a busy area with traffic moving snail paced, as expected most days in Manila where it is not uncommon for a 2-hour journey to travel just a few km.

With commuters squashed inside kitsch decorated Jeepneys (the most popular means of transport in the Philippines) which have now become a ubiquitous symbol of Filipino culture. Read the full story at undergroundkulture!

Check out the walls!

Manila currently ranks as the most densely populated city in the world.

For participation and details please contact our local organiser at trip63@carrotbombing.com 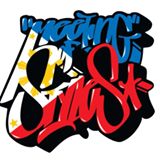