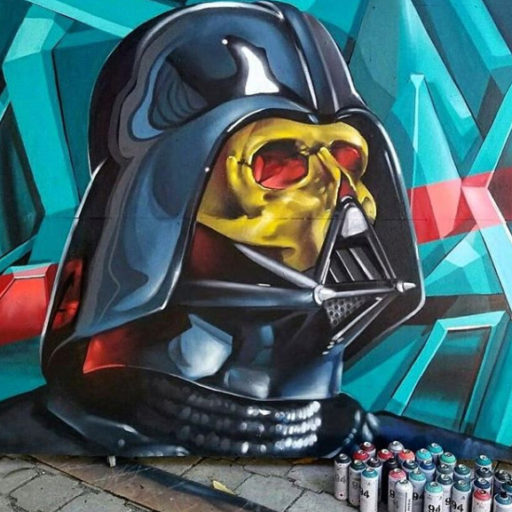 TNT from San Salvador will be one of the many guests from latin America to join MOS Germany. His artist name derives from his intervention with walls which has always been an explosion of colors hence the tag TNT which is dynamite.

I’ve been painting for 13 years now. To me graffiti and painting is a fundamental part of who I am. To me graffiti is fun and a profession, you always have to look for the part that inspires you which can not be paid, but the part where you can also make a living out of it. Social media is a fundamental part nowadays because it allows to expose yourself to a bigger audience, althought it’s a double edge tool because it can also lead to copy or to be copied and your work might be used without you knowing about it.

The special part of graffiti in my home city is the union between artists, sharing with others because it’s such a small country, you know many artists and be inspired by others.

The illegal part has been complicated because of gangs. This has led to graffiti artists being more careful in which walls to paint because you might find yourself doing a throw up in the wrong neighbourhood. You can be detained by the cops up to three days if you’re found painting and it doesn’t seem like it’s going to change in the close future. I love that by the help of Graffiti I can be in a different part of the world with people whom I never imagined I would meet and despite the cultural differences and languages we can all live a experience like brothers. If I was king or president I would raise the minimum waige for the people who work the hardest because in our countries these people earn the least. MOS to me it’s the biggest festival at a worldwide scale and it has trascended frontiers and is here to stay.