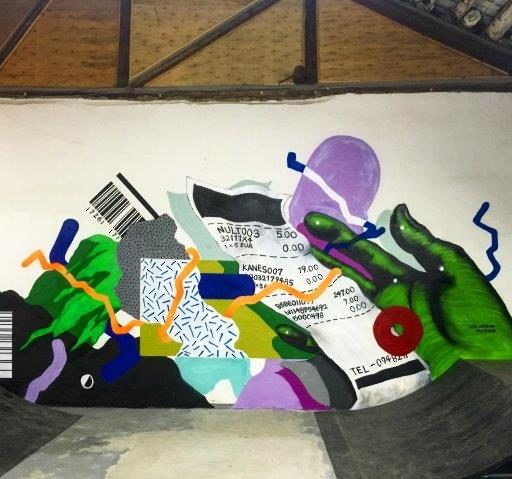 Another far travelling artist to represent at MOS Germany is CER of Outsign Crew, coming from GuangZhou, China who has been keeping his name a secret and is painting for nine years.

“Graffiti is a part of my artistic expression. I have done canvas work and dabbled in music, but for now graffiti is my profession. I look at social media as an online “MoS!”  It is a good way to communicate, but like anything else, it has its good and bad sides. Its easy to come up with “Internet Style, both writing and street art.

Guangzhou is a comfortable and chill city, but it lacks support and nourishment for public graffiti. The scene here is one the four, best developed graffiti scenes in China. Legal walls here have a good chance of staying up for a while, but it really depends on whether it is a private or government project.

With private or government projects, they don’t really respect the artists style. The only true freedom is illegal graffiti, but they don’t stay up long, mostly only being seen through social media. I think big scale muralism is unavoidable. Its been that way for as long as people have been painting. For example, the large-scale murals that adorn the walls of churches and chapels. I am happy that the art form is becoming more widely accepted. I hope that this trend catches on in China, so more artists from here can be seen on a more international scale.