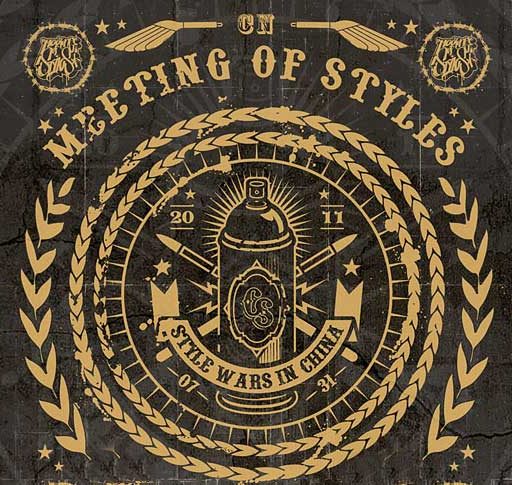 MOS meets Asia! Though it was raining, the first asian Meeting at Changsha had to happen and was a huge success! MOS keeps on spreading and meets China! The place to be: Changsha City, the capital city of Hunan, a province of south-central China, located on the lower reaches of Xiang river. Holykrap in cooperation with MOS brings you the first chinese Meeting of Styles… the rise of the dragon continues. 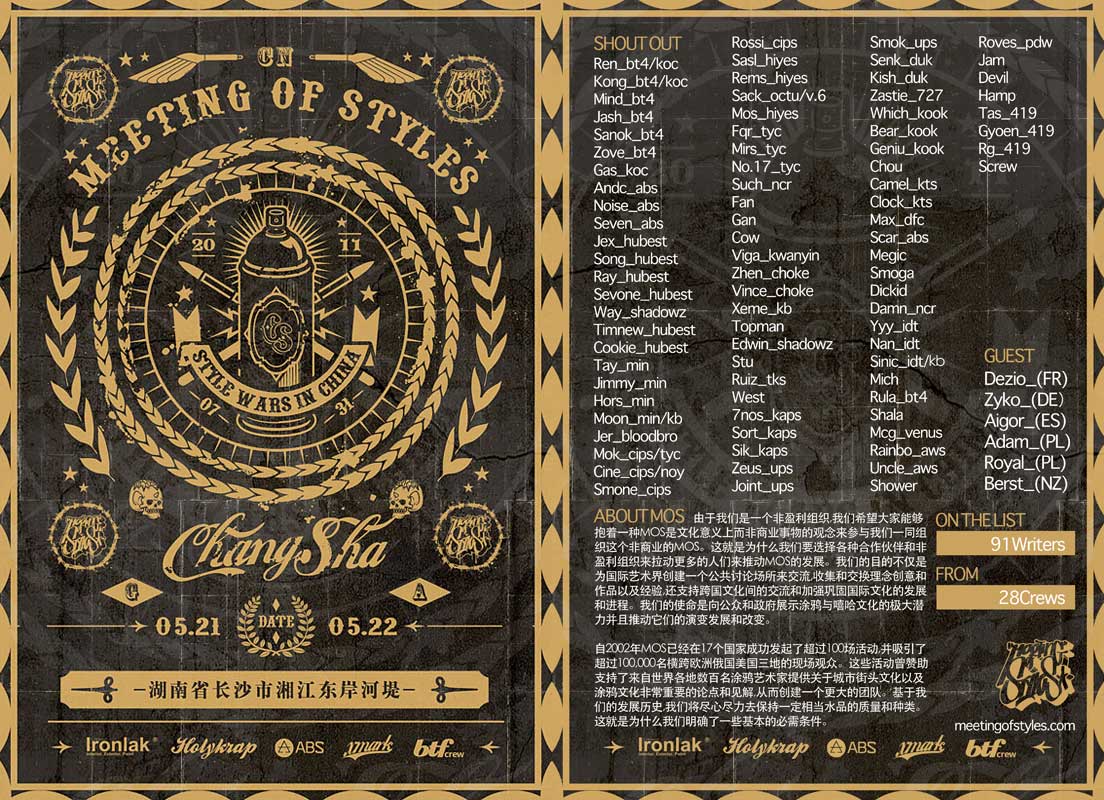 Changsha municipality has a population of 6,017,600, the urbanized area has around 2.7 million people. Rebuilt since 1949, the city is now a major port and a commercial and industrial center. 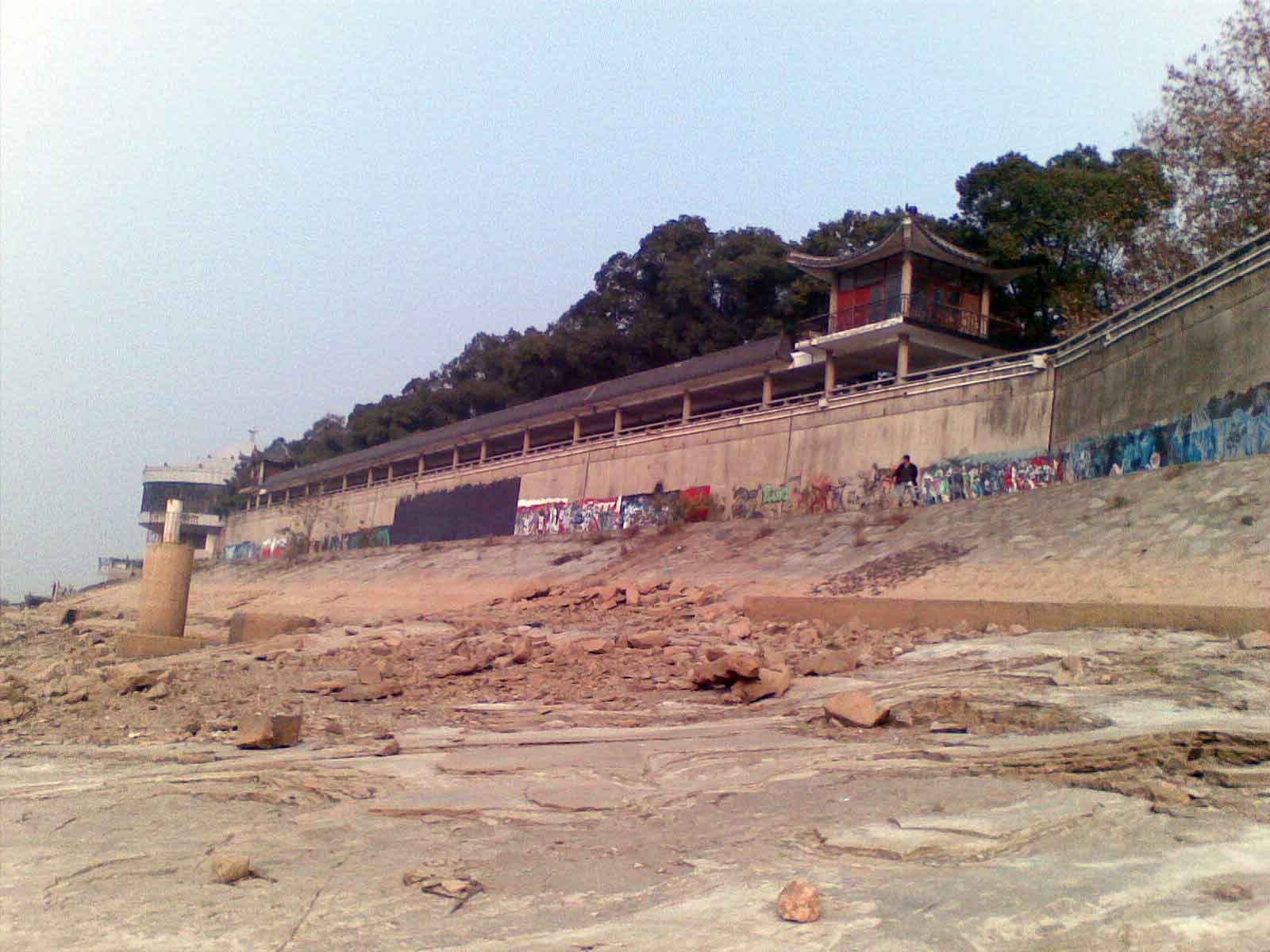 The place to be, the wall to rock was not the chinese wall, but still gave enough space for buckets of paint! It is located on the bench of the river and now contains a colourfull and vivid graffiti-gallery. The premiere presented more than 90 artists and 28 crews representing chinese and asian Graffiti-Art at its top-level!

Under the Qing dynasty, from 1664, it was the capital of Hunan province and was besieged during the Taiping Rebellion but never fell.

Changsha was the site of Mao Zedong’s conversion to communism. It was the scene of major battles in the Sino-Japanese War of 1937–45 and was briefly occupied by the Japanese.