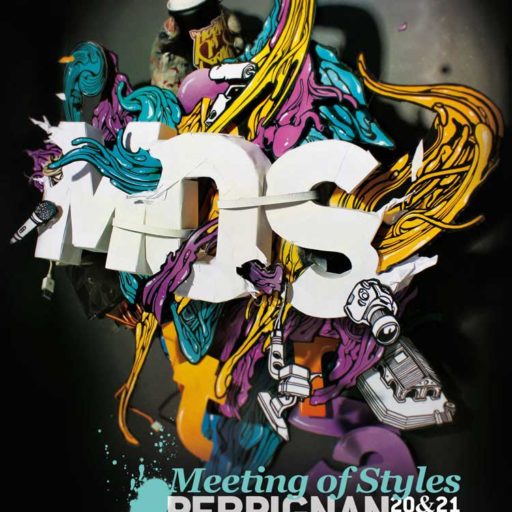 The french Meeting has been part of MOS since it was founded in 2002 in Paris, travelled to Lyon and after a break since 2010 resides in Perpignan – a beautiful city in the southwest of France.

Right from the start in 2010 the local organisation pulled off a very special event in a unique scenery presenting artists from all over Europe and amazing quality of artworks and since then established MOS in the cultural program of the city.

Perpignan is a commune and the capital of the Pyrénées-Orientales department in southern France with a population of 120.000 in the city properThe metropolitan area has a total population of 300,000 in 2010. The city is located south of France near to the spanish boarder.
A weekend full of colours is coming up with a program packed with Street- and Hip-Hop-Flavour.