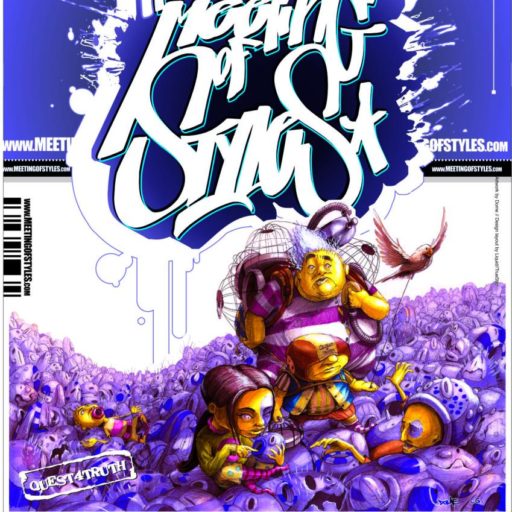 The french MOS was pretty funky! Eventhough it was kind of rainy and windy at saturday, sunday was a beautiful and sunny day. The Jam happened in a very positive vibe and the artworks came out fresh!

Again the MOS France happened in close cooperation with the “L´Original”-Festival in Lyon as in 2004. The place for the MOS was the same as last year factory at “Friche RVI”, 84 avenue Lacassagne, 69003 Lyon. The MOS-France is one of the major events of the L´Original-Festival. Unfortunately the weather was not so good as expected. It was kind of windy, cloudy, cold and nasty. But eventhough this weather cant keep real writers from rocking the walls. So more than 100 writers and approx 2000 visitors have attended the MOS from saturday to Sunday.