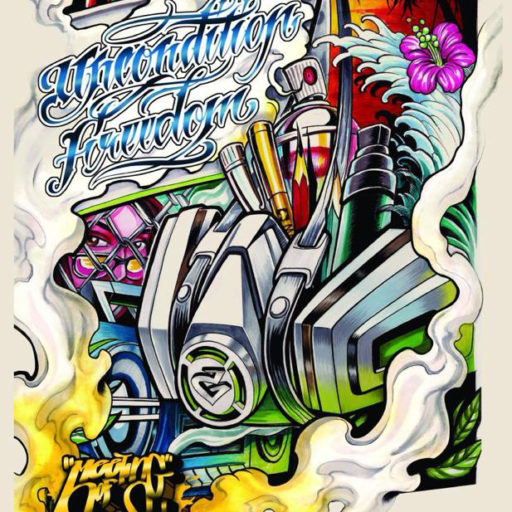 MOS2016 returns for the third time is kicked off in Thailand. Since MOS started here in 2014 eery year our local organisation managed to get a new spot in a different. The chosen place to be is Pattaya, a beach resort popular with tourists and expatriates.

It is on the east coast of the Gulf of Thailand, about 100 kilometres south-east of Bangkok, within, but not part of, Amphoe Bang Lamung in the province of Chonburi.

Pattaya City is a self-governing municipal area in the heavily industrial Eastern Seaboard zone, along with Si Racha, Laem Chabang, and Chonburi. Pattaya’s census population figures of 107,000 only account for residents who have formally registered in the city. 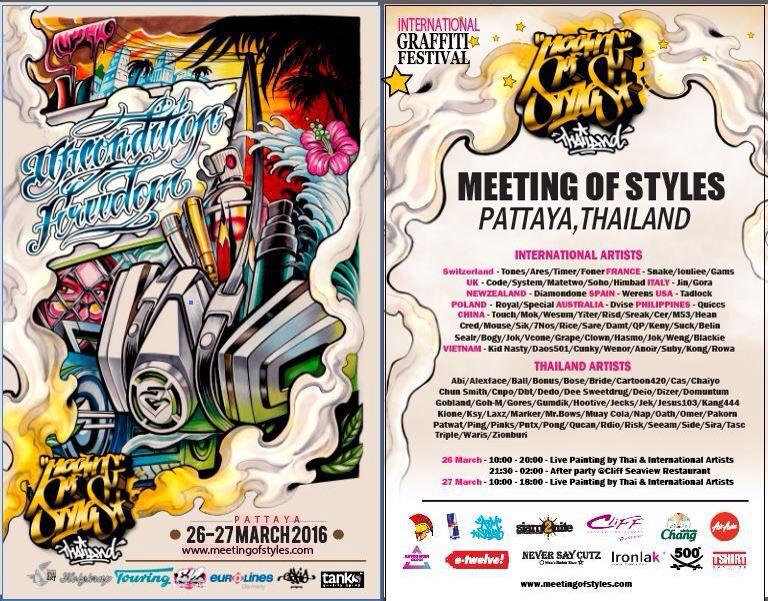 Pattaya is the center of the Pattaya-Chonburi Metropolitan Area – the conurbation in Chonburi Province – with a total population exceeding 1 million. Be ready for a 2 day graffiti festival featuring top graffiti artists, DJs and BBoys and Street market to indulge your every needs. Gathering all the top graffiti artists from all around the world to this one event to share ideas and different artist culture.

Not to be missed:

Be sure to be watch this event page for more information.