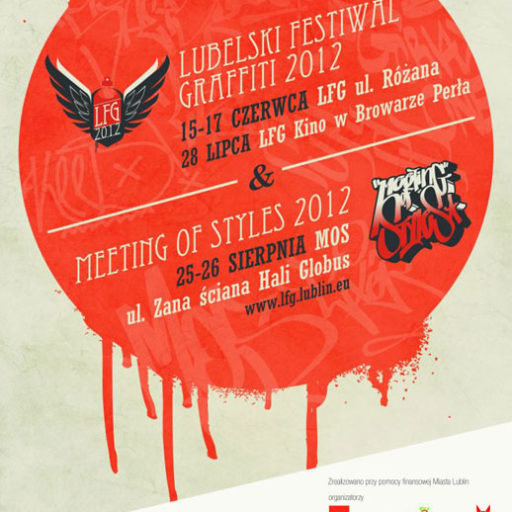 Welcome back to Poland! The polish Meeting comes up strong!The spot is a very nice wall located on a main street near the city-center. It gives space for may artists from around the country and beyond.

Lublin is the ninth largest city in Poland and is the capital of Lublin Voivodeship with a population of 350392 in 2009. It is also the largest Polish city east of the Vistula river and was a candidate for the title of European Capital of Culture in 2016.

It is not only the biggest city in eastern Poland, but an important culture core city also. Since accession of Poland into the EU, Lublin has been called “Gate to the East.”

Since then, many important international events have taken place here, involving Ukrainian, Lithuanian, Russian and Belorussian artists, researchers and politicians.

The audience may remember how the event influences overcoming the barriers and skipping the generation gap. Grandparents with grandchildren were watching how the art stemming from the street was taking its shape.

The young listening to hip-hop and funk resting and watching how the grey walls get painted.

These were the subsequent editions of Lublin Graffiti Festival, the event, which has already become an inherent part of the most interesting Polish graffiti writers schedule.