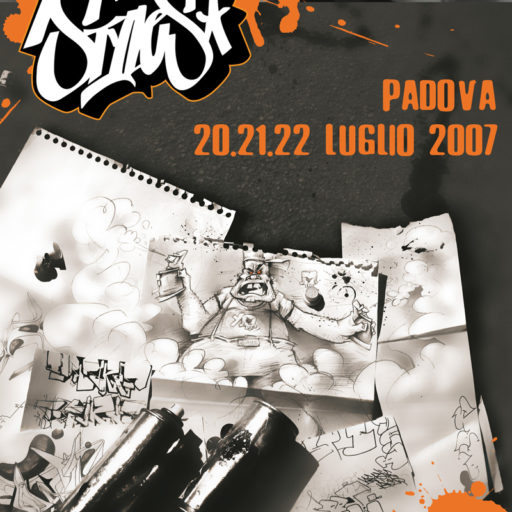 What happened lately is that the local administration at the very last wanted to change the spot for the meeting. The new area identified, seemed unappropriate for the event, so we were checking to solve the issue with the municipality which we did. 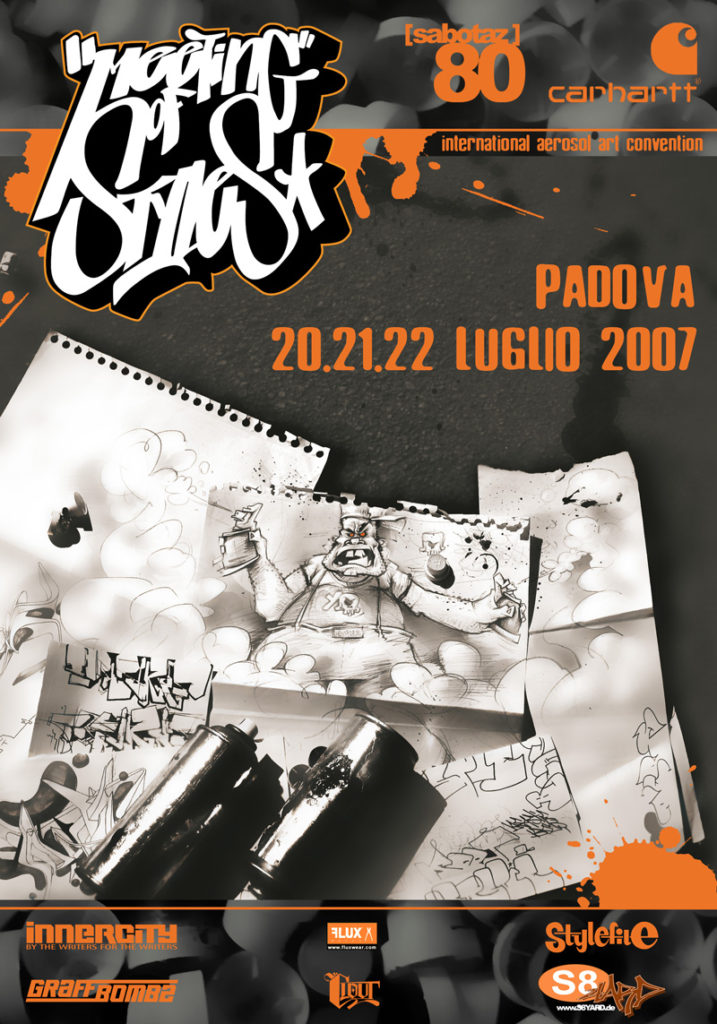 “Parco Brentelle”. The EAD-Crew hooked it up once more onto a new level. It seems like the city is very open for Graffiti; in opposite to narrow-minded politicians, the local administration makes a difference and has realised the huge potential of Graffiti.

The concept for the tremendous main wall: “Sky Is The Limit”. Huge clouds all over, done by the help of lifters and spray-guns. EAD took care of the main concepts as well as the background. You know that Italians are very polite and chill people. No doubt, the vibe was very nice. People were chilling, drinking tea, watching, chatting, working. During day-time it was really hot, almost impossible to paint… … cause you were about to be boild in front of your wall – if there was no shadow.

Here they dont judge graf as vandalism, but do appreciate it as an urban art-form. But eventhough the Vandal Squad is not lazy or putting fingers into the nouse. Early 2007 the VS observed a bunch of Venice-writers, checked the web, magazines and did house-searches at nine writer´s homes. However.

The easier way is: exit highway from “Padova Ovest”, just out the highway take the LEFT exit, go straight following indications for Bologna Rovigo Vicenza, attention to the right, when you see the indication Via Chiesanuva take the way, go straight for three lights untill you see Via Cave on the left, enter Via Cave, straight on you’ll find Via Pelosa, turn right in via Pelosa the park is on the right side.  “Via Pelosa” or “Via Cchiesanuova”. From the highway A4 Padova exits ovest and est.