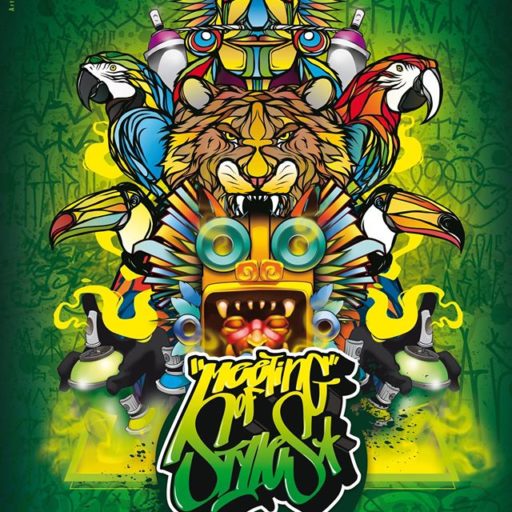 Rio Grande is a municipality located in the southern state of Rio Grande do Sul. It has a population of more than 200.000.  The main emigration was by Portuguese, Aveiro, area Bairrada and the Azores, which deeply influenced the culture and architecture of the city.

[symple_divider style=”fadein” margin_top=”20px” margin_bottom=”20px”] Brasil has a very vivid, diverse and active urban-art-scene, the climate towards Mural-Art is very open minded. It was just a matter of time for the Meeting to return. Expect an extraordinary event featuring some of the best brasilian Graffiti-Artists from all over the country! MOS will be held 13,14 and 15 November in the city of Rio Grande \ Casino Beach – RS by a selection of 50 artists. Registration started 21st August and ended 04th September. Any inquiries email to meeting_brasil@hotmail.com and add “Inscription MOS Brazil”.