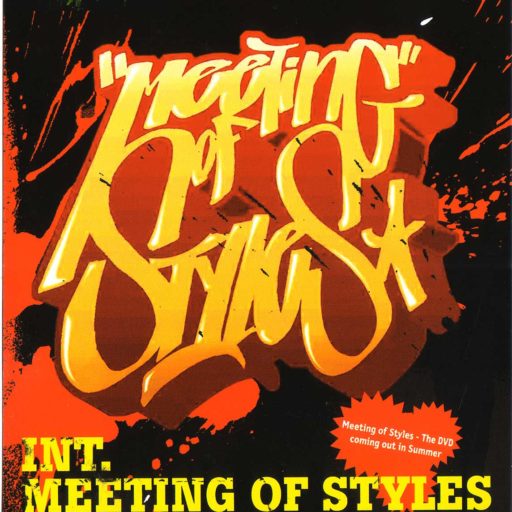 Due to the destruction of the Schlachthof-grounds  in Wiesbaden, the opening of the project happened at a wellknown spot in Münster in cooperation with the nordic preliminaries of the famous “Battle-Of-The-Year”breakdance-competition.

The Skaters-Palace containes several hundred squaremeters of walls right at the skating-hall and beside at a main street.

The Meeting started Friday afternoon in a nice and relaxed vibe with an oustide sound-system and led into a party in the club of the Skaters-Palace. At Saturday the painting-action continued, while in the late afternoon it led into the BOTY inside the main hall of the Palace and ended with a concert. Spontaneous painting was possible and used by many artists. Over the two days about 2000 people came along to visit, to paint and to enjoy.

Münster is a city in North Rhine-Westphalia, Germany. It is located in the northern part of the state and is considered to be the cultural centre of the Westphalia region and it is also capital of the region called Münsterland. It is most well known as the location of the Anabaptist rebellion during the Protestant Reformation and for the signing of the Treaty of Westphalia ending the Thirty Years’ War in 1648.