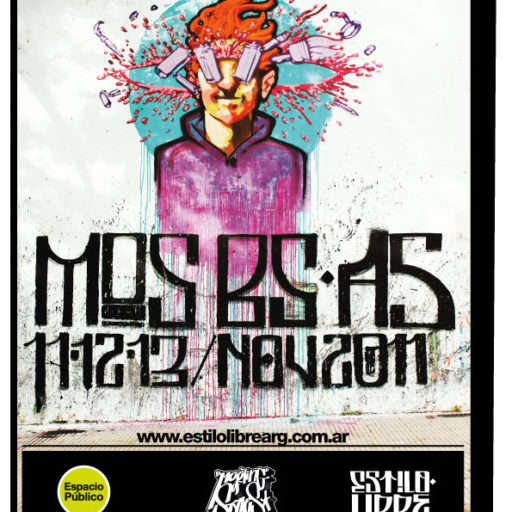 Some people want Graffiti to stay traditional, some people write their names, others do images. Some people do Graffiti-Writing, others do Street-Art, some use brushes other cans. In Buenos Aires all different disciplines create one giant gallery among the entire city. 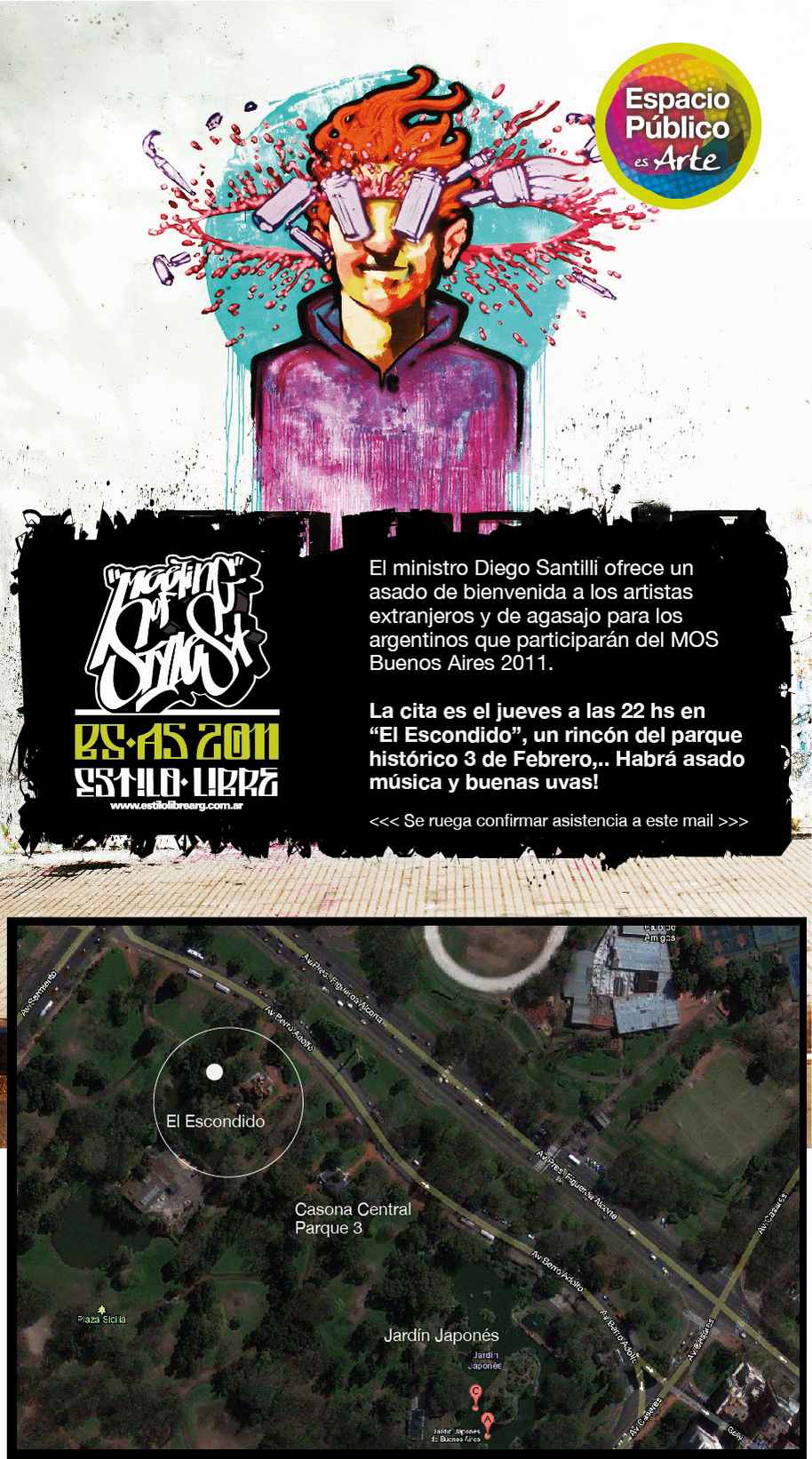 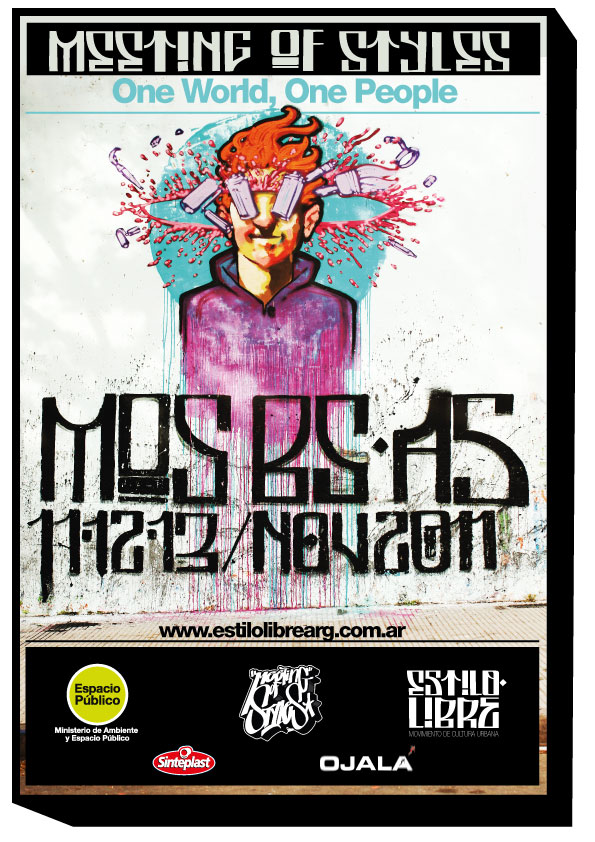 ESTILO LIBRE and the Ministry of Environment and Public Space of the City of Buenos Aires present the first Urban Art Festival in Buenos Aires – Meeting Of Styles 2011!

The theme for 2011 is: “One world, One People.” Over 110 street artists from all over the world will produce individual and collective murals on large scale in Colegiales Square, and surrounding areas. In parallel with the MOS, the event ART IN PUBLIC SPACE will take place, and 10 other squares and public spaces will be painted during the three days event.

More than 110 artists of various nationalities will participate: Argentina, Peru, Brazil, Bolivia, Chile, Portugal, England, France, Italy, Germany, Colombia, Paraguay, are among the countries that are represented by top artists in this first Festival.Here you will find information on all participants: www.estilolibrearg.com.ar

Two other ESTILO LIBRE strategic partners are: Sinteplast, a national top-quality paint, which launched during the MOS line of top-level aerosols. SULLAIR, in turn, is a national company that manufactures, distributes and rents equipment for industrial, construction and entertainment, and provides services for power generation in South America.

At this time the artists from ESTILO LIBRE are painting 30 machines (cranes, containers, elevators) to be used and displayed in the MOS. In short photos will be posted.

Buenos Aires is the capital and largest city of Argentina and after São Paulo the second-largest metropolitan area in South America. Greater Buenos Aires conurbation includes several districts with a population of around 13 million.

The Buenos Aires Metro (locally known as subte, from “subterráneo”), is a high-yield system providing access to various parts of the city. Opened in 1913, it is the oldest underground system in the Southern Hemisphere and has six lines, named by letters (A to E, and H) with 74 stations and 52.3 km (32 mi) of route.
An expansion program is underway to extend existing lines into the outer neighborhoods and add a new north-south line. Route length is expected to reach 89 km (55 mi) by 2011.