The idea to create an international forum for Graffiti-Art was born in late 2001 after the last Wall Street meeting has been held at the famous Schlachthof-grounds. The city of Wiesbaden started to tear down the halls and walls that were well-known all over the world as the biggest Graffiti-Gallery in late.

To keep the message and spirit of the Meeting alive, the MOS had been created and partners to be found. So pretty fast the concept was created and the organisation started. 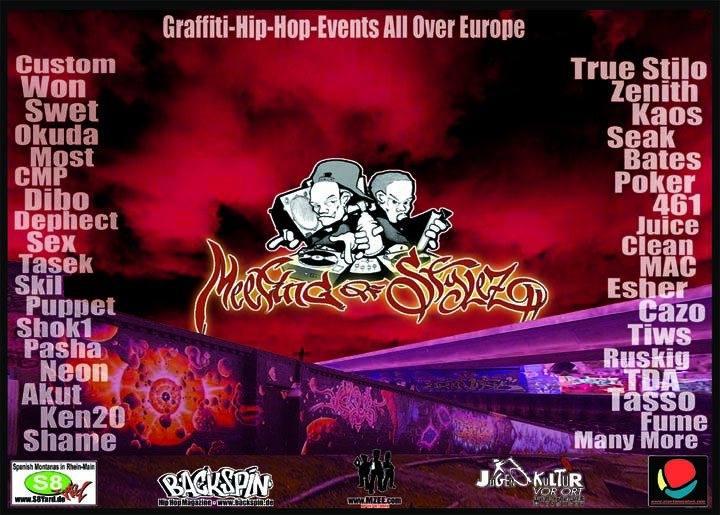 More participating artists: Zenith from Antwerp (Belgium), Poker from the Netherlands, Os Gemeos, Vitchi, Herbert, Nina from Brasil and more. It was kind of sad as the weather has been grey these days and the demolished gallery drove by – in parts of bricks on huge trucks. Eventhough the surrounding was kind of sad, the vibe was very positive. All the artists reminded the famous WSM which inspired and motivated to create something special.