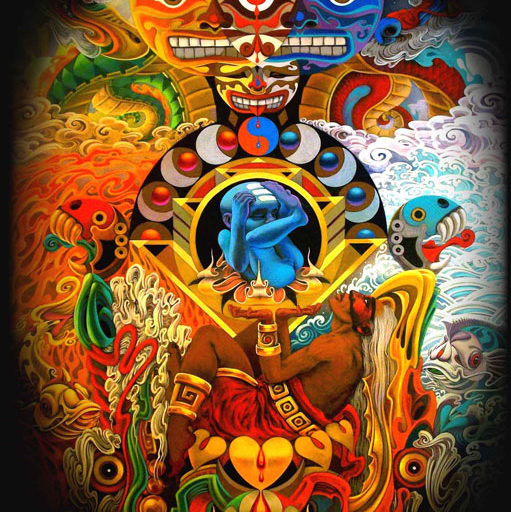 NYC still is a tuff place for Graffiti, pretty well illustrated by the mad propaganda NY-authorities ran against Ket. Eventhough Graffiti is a part of the NY soul, the restrictive attitude of the city towards Graffiti makes it hard to realise Meetings.

After the BX-spot of past years had been sold, it wasn´t really sure whether the Meeting will happen or not. After Cope had gotten the permit, the owner had withdrawn it two weeks ahead fo the event. 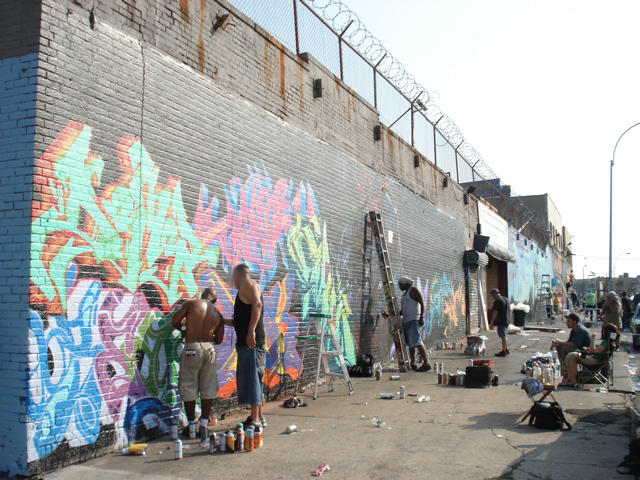 A mad move of the owner, a great pity, heads from Europe booked flights, US-, NY-artists and crews made their schedule. Rumours are saying that the Vandal Squad had met the owner before – for a confidential talk.

After it all looked bad for the 008edition, luckily 5Points in decided to help and to give space. Different hood, but all good.

Everybody who has been to New York knows the factory which comes right after the first stop when you left the tunnel from manhattan on the 7train. Beside of NY-artists as Break, Meres, Part, Cern and others, Bad and more artists came from Puerto Rico, Florida, Germany, Italy, Spain and Mexico.

The Meeting came through in a nice and relaxed atmosphere covered by the sounds of the 7train passing by. As wallspace was tight you needed to be notified to paint. In any way: everybody respected the hood!

The Subway is notable for being among the few rapid transit systems in the world to run 24 hours a day, 365 days a year.