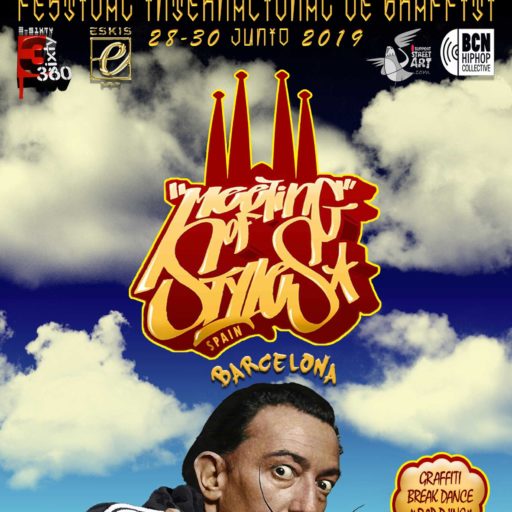 Another premier is about to happen in one of the most famous Graffiti Capitols in the world!  We are pleased to add Barcelona to the MOS-map!

Barcelona is the capital and largest city of the autonomous community of Catalonia, as well as the second most populous municipality of Spain.

With a population of 1.6 million within city limits, its urban area extends to numerous neighbouring municipalities within the Province of Barcelona and is home to around 4.8 million people, making it the sixth most populous urban area in the European Union after Paris, London, Madrid, the Ruhr area and Milan.

The local MOS-Orga. has found a beautiful spot to celebrate The Real Hip-Hop with loads of Graffiti, Breakdance, Rapping and DJing. Be prepared for a great event and great inspirations!