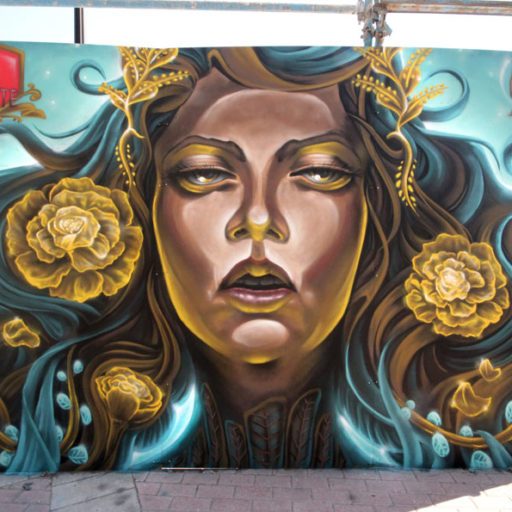 Trip63 from Manila (Philippines): “I want to promote the subculture here in my country.”

Sock and his crew 5.7. will attend MOS Germany – I chose Sock cause of the letters (and the funny meaning a bit too). When i was only doing letters I used the O to make a quick character in the center. I started Graffiti with tagging and some shit because of my friend ORENS at 11 years when i went to the college.

He was burning the city at 10 already. I am now 28 which makes it 17 years of Graffiti with the last three years as a professional painter/illustrator. My crews are 5.7, CES,KRS, OPK, OVB, Color Fighter.

Graffiti means a lot for me. When i was a kid I discovered Hip-Hop culture and loved each element of it. I tried to buy turntables and have done some rap albums as well, but the principal love is Graffiti for sure! Meeting a lot of new friends, a lot of travel and adventures, it’s like a biker community across the world. Graffiti and the letter research was just a way to stay in the painting. I hold a pen since I was a child and living of it now, so painting and drawing are in the center of my life, a part of me and i think my reason to be: being like an aspirin for the mind when you stop in front of the wall to look at it closely, not thinking at all the negative, staying in ya head, just being in the present moment. And being in the moment is what painting brings me the most, as a meditation does.

Meeting of Styles?
The meeting is a really cool thing, i was doing one of the first french MOS in 2007 in Lyon and have a wonderful memory of 300 writers from all over the world spreading colors for three days. It was huge and unbelievable for me. Two years ago i started to write for the inscription as an excuse for the trip, a lot of good paintings, meeting incredible artists as always. This year finally I will come to Germany to see the original place. We’re all very grateful that MOS started this shit with only passion in your mind… Wish y’all the best!

Social media?
The magazines were such a good times! 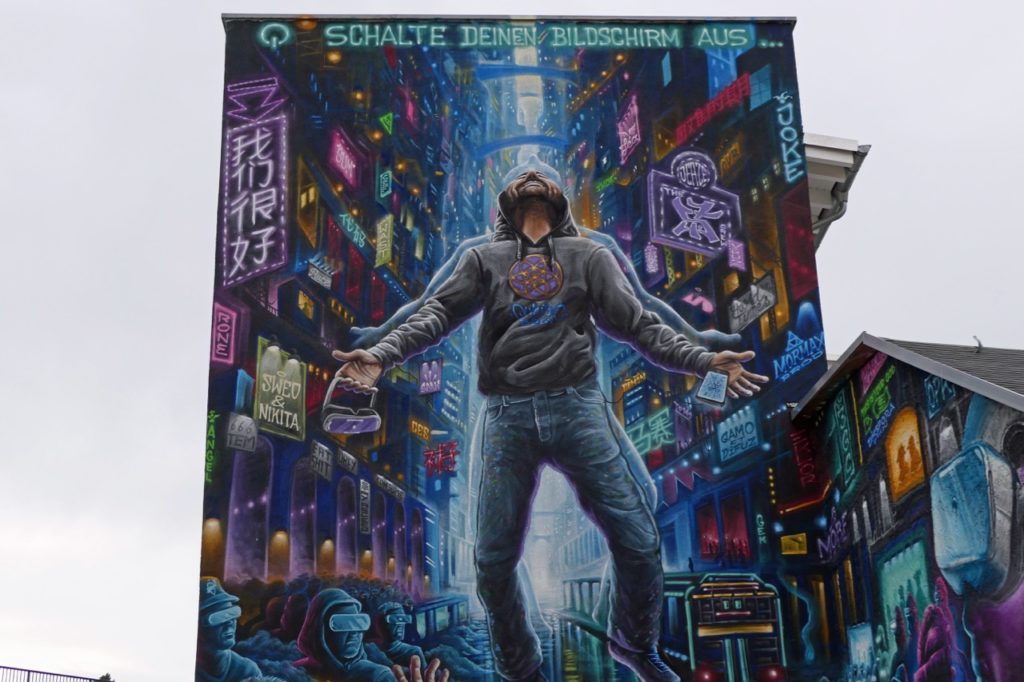 Inspirations?
For the most part everything that my eyes have seen in my child hood, comics animated movies, all the blockbusters from hollywood, brands, etc… a 90’s child mash up! Everything we see now with the social media connecting the people, makes us discover new talents every day! All the artists pushing the limits and raising the level make me want to do better at each time painting. My biggest inspiration is DrewStruzan (a name that should be close to DaVinci). He is the guy who invented photoshop before the computers. Y ou know his work from the most famous art movie poster in history: Starwars, Indiana Jones, Goonies, Hook, Blade Runner, etc!

Street art and big scale muralismo?
The rising of big scale mural art that’s what i’m looking for! It’s a unique period of our time: huge surface of expression offered to the artists in cities. But a lot of these muralists just do wall paper or illustrations art, which is wonderful don’t get me wrong, but i would like to see more messages in this game. GIMME SOME FUCKIN BIG WALLS, enough to see, no more than 20 artists turning around the country and having one building to paint each month, MAKE A TURNOVER sometimes! The “street art fever” is a good thing for the most part, a lot of people getting interested in it, we see more colors on the grey walls in our town, good for Graffiti. There is also a lot of black dots like the money. The quality is not the principal thing on what they sell art, the crazy madness around it. I would have a lot to answer at this question but i use a limited english. 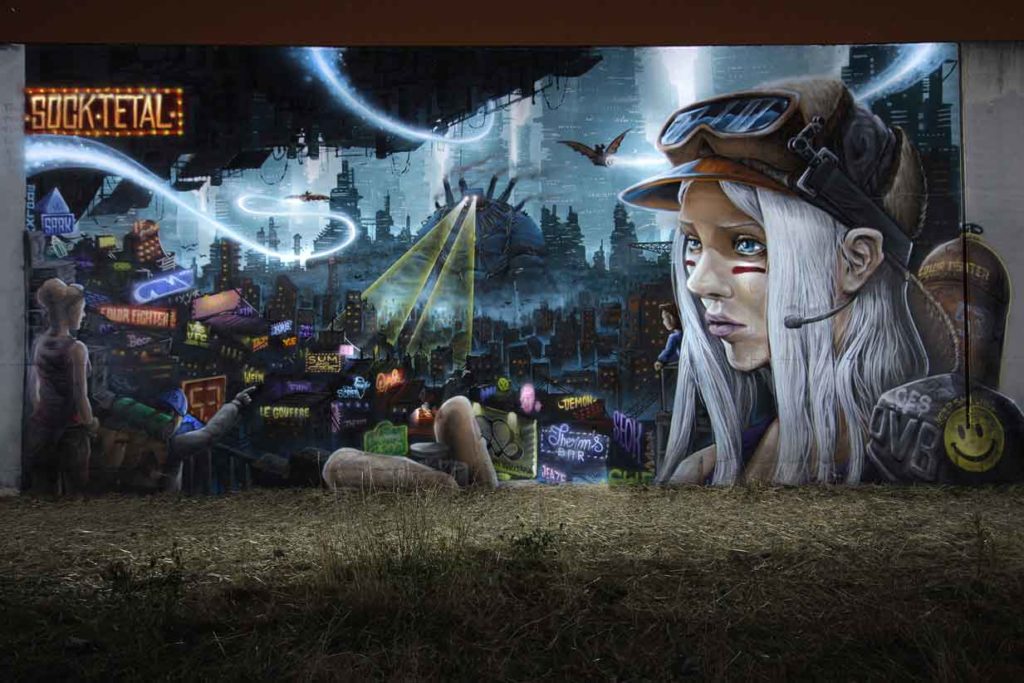 Dislikes about Graffiti?
Police, ego, clash between writers for a wall next the railway, closed circles of friendship, and the chatty mouths.

Your style in music?
Ahaha…. since i work in the french rap industry for 10 years as an illustrator it would be logic to choose a rap song but i listen principally to Reggae, especially when i paint, so it would be a good old roots reggae song: Barrington Levy, Israel Vibration, Bob Marley, Don Carlos, etc…

Most annoying present time?
For all of us it’s the conspiracy, which is not a theory like press says. The Bilderberg, the Illuminati or Reptilians, name it as you want but the 13 families from king bloodlines that are ruling the world in a wrong way. When i was a kid i was feeling good deep inside my heart, but i never understood the situation, why doing all these evil things if we are good? If there is a good god there is an evil one and we have to accept that today he is the one winning. But like Gandhi said: “When I despair, I remember that all through history the way of truth and love have always won. There have been tyrants and murderers, and for a time, they can seem invincible, but in the end, they always fall. Think of it always.” I understand too much the situation now to be mad at the people and their choices. Our world is a reflection of ourselves…

President or king, what would you change?
I would never want that power, and i don’t think a man alone could stand all this pressure. Look at the lord of the ring. But i would change a lot of things for sure, no more money first, exchange instead, reveal the lies from the governments, the satanic rituals, the nasa, from the science, the lies of the dinosaurs, putting back spirituality in the center of society, and taking care that you love yourself before everything, looking in Tesla´s works to use alternative energy instead of petrol. The list is long. We went so wrong. Only because we put ourself in autopilot mode and let it drive for us. Start being you’re own boss and change the world! We all know it, the first thing to do it’s to change the way we are! 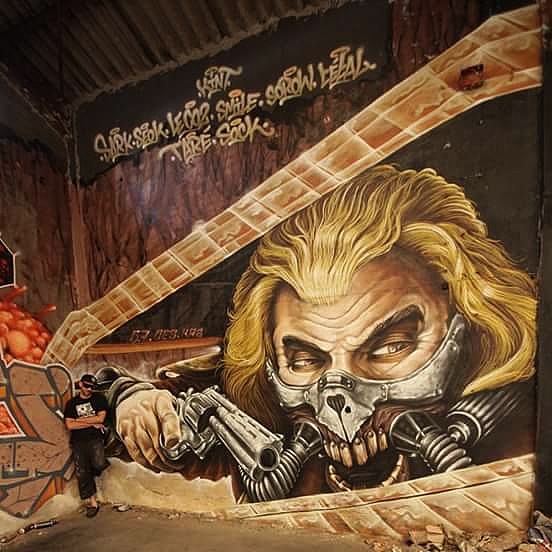 Anything to add?
I am actually doing an international project called: “TURN OFF YOUR SCREEN”. Since i travel a lot i try to write it in every different language on the wall to remind the people of keeping the control on their screen consumption telling the parents to not put their children in front of the screen as a baby-sitter. It’s really impressive the place that the screen took in our homes and lifes. We can see more and more zombies in the streets looking at the phone. In France we are at approximate 5,5 screen for a normal house!!! So if there is writers who want to join the movement on the social media #TURNOFFYOURSCREENPROJECT they are more than welcome! I have only 10 country in my collection so if you want to invite me in your place to have another one in the collection it would be a pleasure! 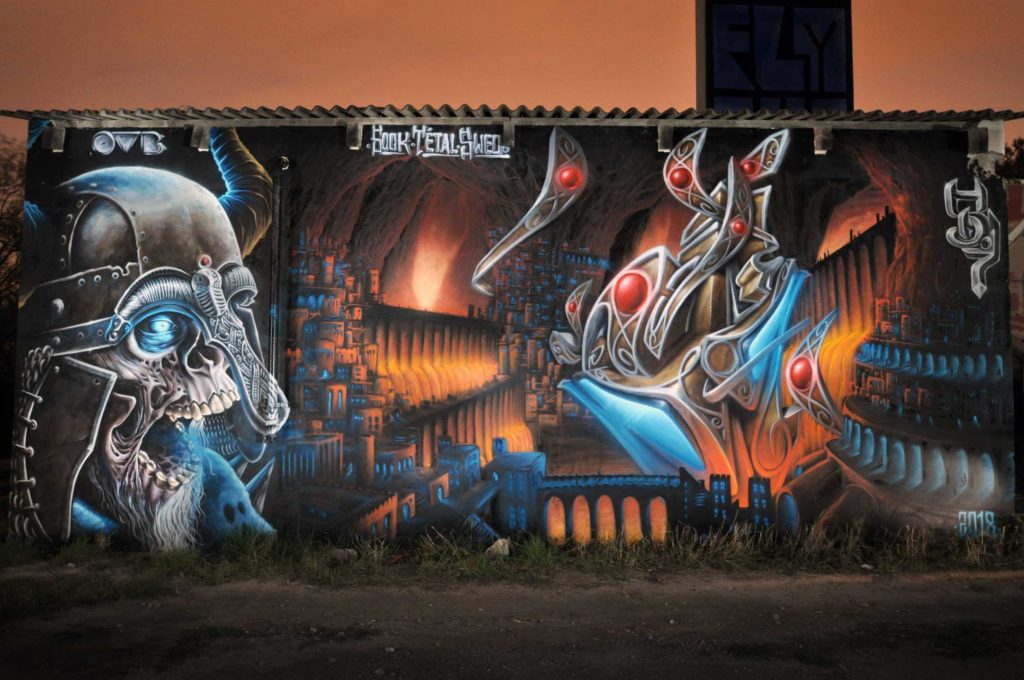 Ren 1 from Concepción (Chile): “It is impossible that people are dying of hunger”

Trip63 from Manila (Philippines): “I want to promote the subculture here in my country.”