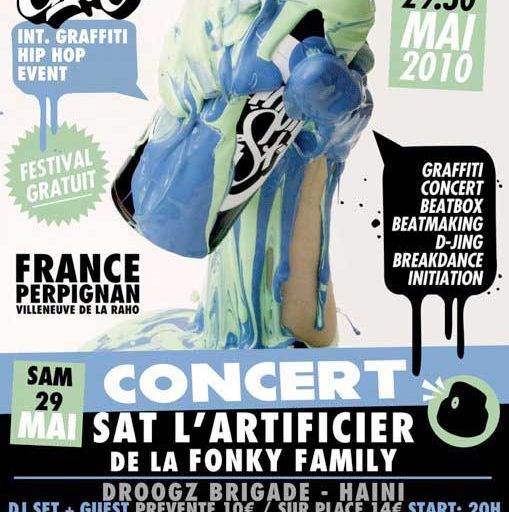 After a small break we are glad to come back to France with its high-potential and vivid Graf-Scene. Perpignan is a commune and the capital of the Pyrénées-Orientales department in southern France with a population of 120.000 in the city proper.

Our local Orga. has done a lot to bring you a fresh french event! Graffiti, Rap, Breakdancing, DJing, Beatbox and Beat-making, a lot of artists from all over France have confirmed thier coming. Be prepared for an impressive lection in Hip-Hop-culture. The metropolitan area has a total population of 300,000 in 2010. The city is located south of France near to the spanish boarder.

The spot as you can see is a very chilly place with a nice nice wall. Be ready to experience french Graffiteurs on a top-level.

The wall has hundreds of meter length and is about 2.50m high. About 40 artists from France and beyond will work together to create one large piece of art.