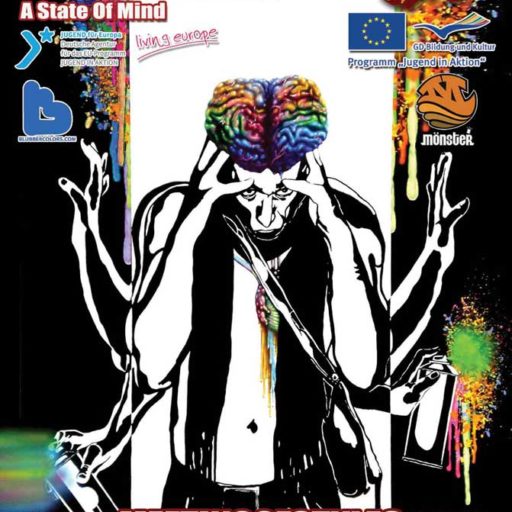 After the destruction of the Schlachthof-walls it has been a hard struggle to keep the MOS in its home-town. Like in many cities among the world critics work against it.

Since the destruction of the worldwide known gallery it has never been easy to realise the event. After several years of mad critics, the efforts of our conservative critics have finally resulted in a cancellation of the city support and it seemed like they finally achieved their target to get rid of the Meeting. But however, to this day they fortunately didnt succeed. 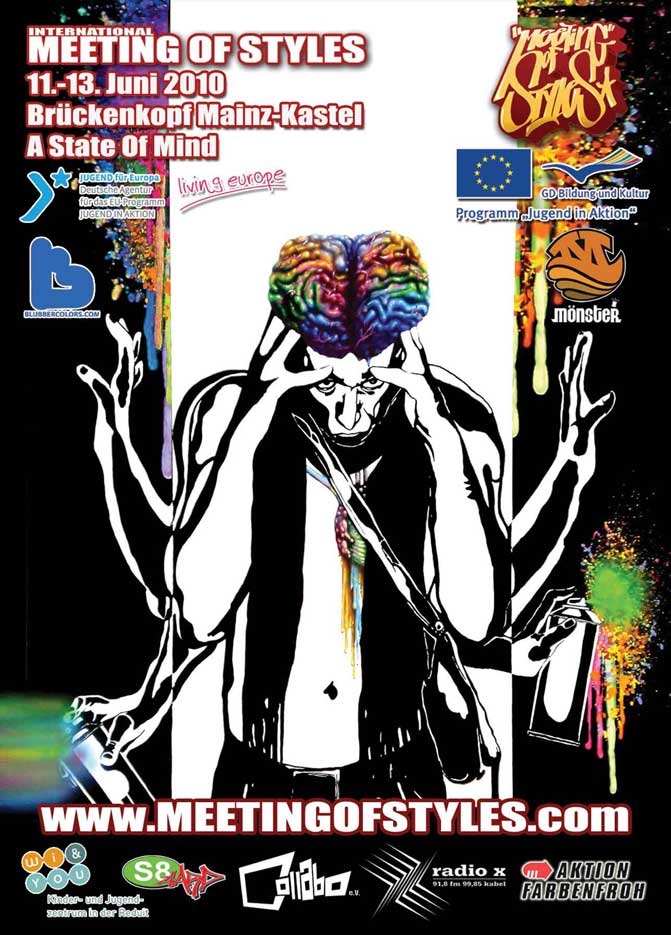 Beside of the strong back-up within the scene which always enables us, we have applied for funding of the European Union and have succeeded. Unlike some of the conservative critics, “Youth In Action” considers the value of the MOS and decided to support us! So once again we bring you another impressive chapter of international colaboration and exchange. Art must stay free and independent! A huge underpass-complex at the bench of the Rhine containing more than 3000qm space on several walls, well reachable by train, car and bus.

The first events already happened late 90ies. Since then the underpass has completely changed from ghetto to an art-gallery.

The main walls in the underpass have space for about 80-100 artists and are created in huge concepts. The original Brückenkopf represents the biggest Mural-Art-Gallery among Rhine-Main and beyond.

Arrival of artists and creation of the basic concept. Dub and Reggae-Tunes provided by DJ Ras Andi.

Painting all day in a relaxed atmosphere. A special session is about to come up as many Breakers have pre-announced their ambition to rock the floor. Mics: Delicious, Nick Noname, Demonology. Audio-Entertainment hosted by Eniceo and Twikz, I Don´t Care Records. Lyrical entertainment by Nick NoName, Delicious & Eloquent, Luk & Fil, Bigger MC, Demonology of SB Chicago and Da Wiz (USA). Airbrush-Army will create funky shirt-designs, the youth-center bar and barbeque for your convenience.

End up the day in the yard of the castellum with a great selection of various Reggae-Performers, some good food and drinks. Ganjaman, Ibis Lawrence, Dubwork, City Warriors