It´s like a tradition that each and every year the MOS-Westcoast got at a new spot. After the project has made the way from LA to San Diego, the project this year the jam happened in the Bay-area.

The showdown was scheduled to happen in Oakland on a spot located right next to the train-tracks. Oakland is right across the bay to San Francisco. Oakland, city of the Black-Panter-Party has a long tradition of political consciousness. Here the civil-rights movement started back in the 60ies as a reaction of increasing police brutality. From here the movement spread to the East Coast where it had an inspiring effect on people with different races, who were suffering under segregation and the dominating elites.

Due to certain reasons the owner of the spot had withdrawn the permission to do the Jam where it was scheduled. But dispite of that fact the Jam happened… around Fremont-High-School, Foothill and 45th Street. Five nice walls located nearby. So at the end it was all good! 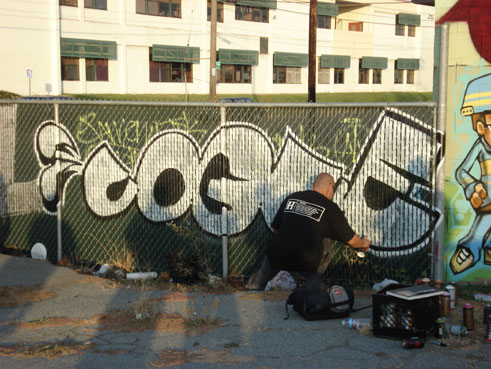 Oakland – the last station of the US-MOS was kind of wicked. All at once the landlord didn’t give the MOS permission to paint on the original spot near the famous railtracks, because he was worried about the Dream Memorial being damaged. So we had to change plans.  In the end, we found a really nice place on a yard situated next to the Fremont High School. 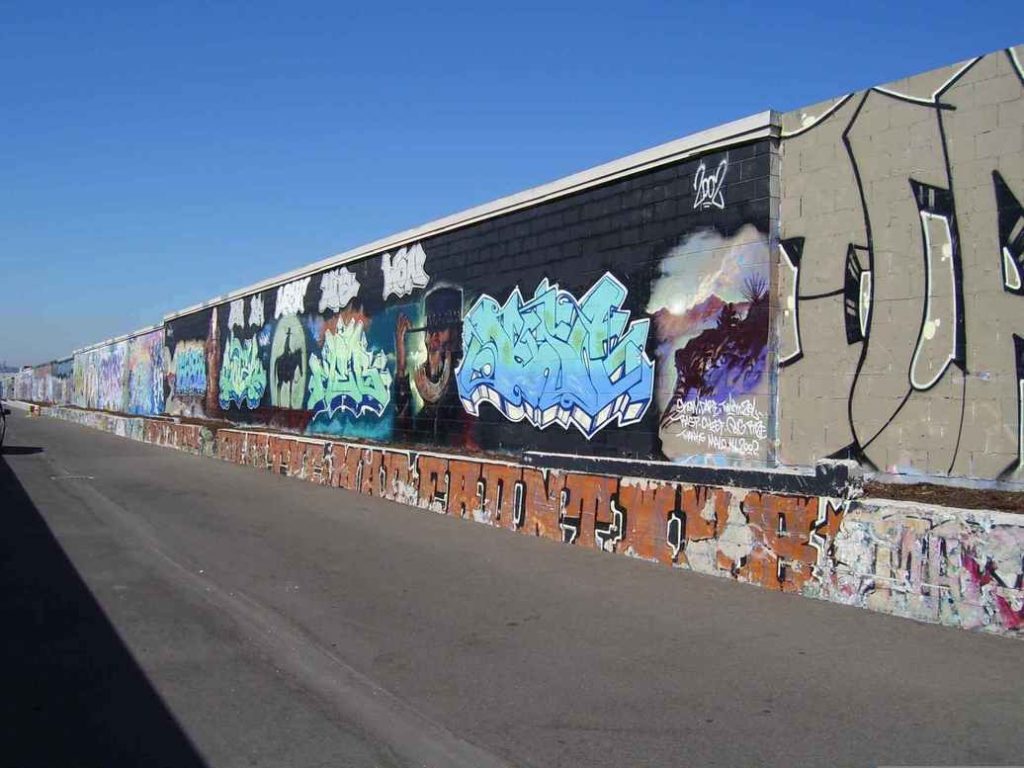 After all was set the wall could get primed. So all Friday long the wall got prepared for the “big” day. Some writers that had beef with each other took the chance to clarify things and to “burry the hatchet”. But it turned out that instead of talking to each others the used their fists. Obviously they were thinking using words is a waste of time. 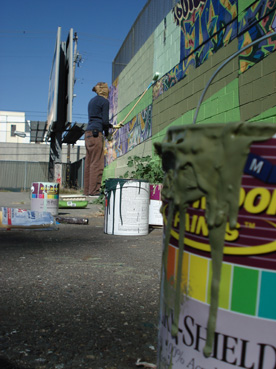 After that “claryfing and preparation” Friday, Saturday was ready to become a nice colourful and peaceful day. So the jam started early before noon. Writers got in, caught a spot, rocked the walls. The TDK-Crew, Old-School-Crew of Dream (RIP) and Vogue, real originals from Oakland and the Bay-Area, came to hang out. 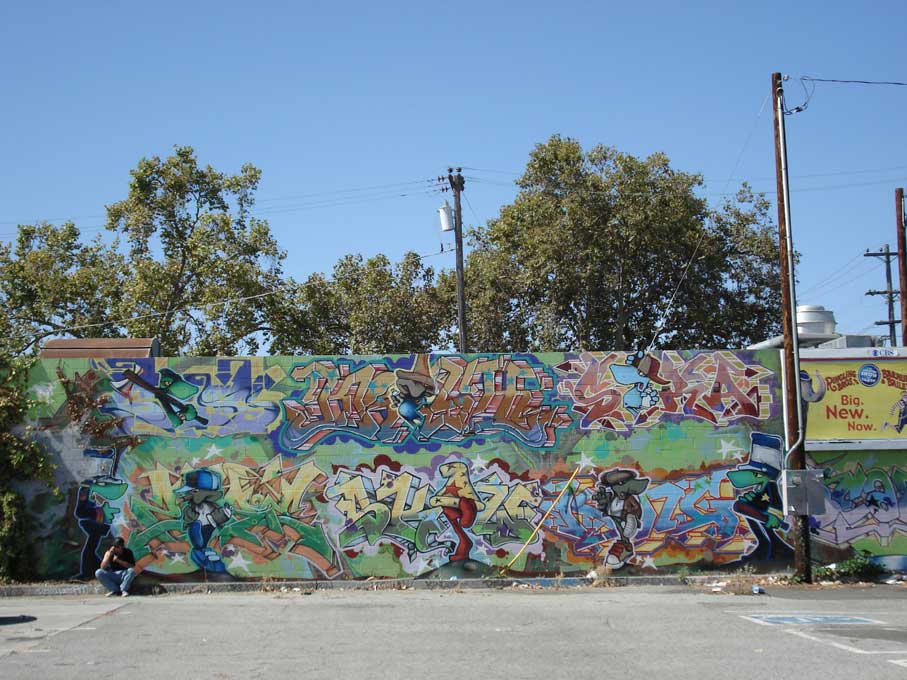 Already back in the late 80ies these heads were painting stuff that was very advanced at this time and still is. Even though there were no Djs, the car-sounds-systems underlined the jam with tunes. Lot of writers from around Cali, LA, San Diego, Sacramento, Oakland and San Fran showed up. Old-School-King Vulcan gave the honour of a short visit, short because he was busy with a nice nice project in San Fran. 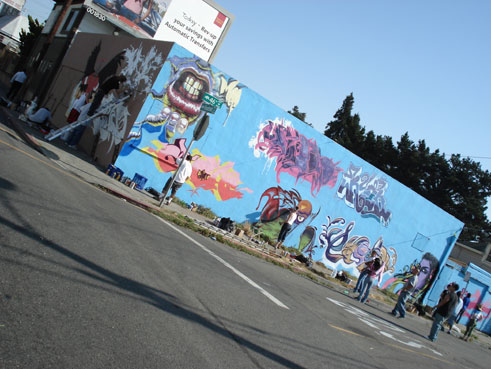 Sunday wasn’t a chilly day, but full of entertainment. Wash House-Music and Thizz-Entertainemnt came along to shoot parts for the video of Vital´s album, an upcoming Rap-Star from the Bay-Area. The film-crew came along with a motor-cycle-crew, which was doing mad wheelies, and a crazy fog-machine. 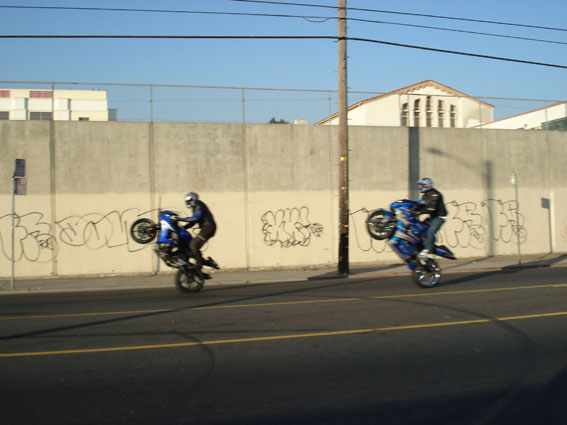