Artists from all over France over to Spain, Germany and the UK had announced their coming. Beside of Graffiti all disciplines of Hip-Hop-Culture will be represented. A great weekend full of colours and Hip-Hop-flavour. 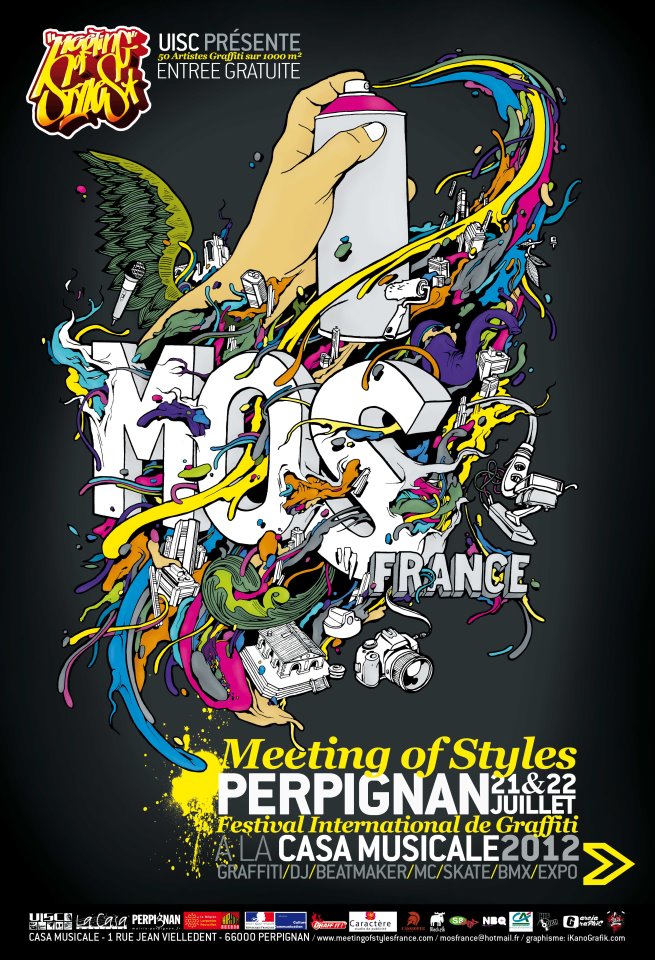 Perpignan Perpignan is a commune and the capital of the Pyrénées-Orientales department in southern France with a population of 120.000 in the city proper.

Settlement in the area go back to Roman times. Medieval town seems to have been founded around early 10th century. Besieged, captured by the French during the 30Years’ War in 1642, it was ceded by Spain 17 years later and began to form part of the Kingdom of France. perpignanA