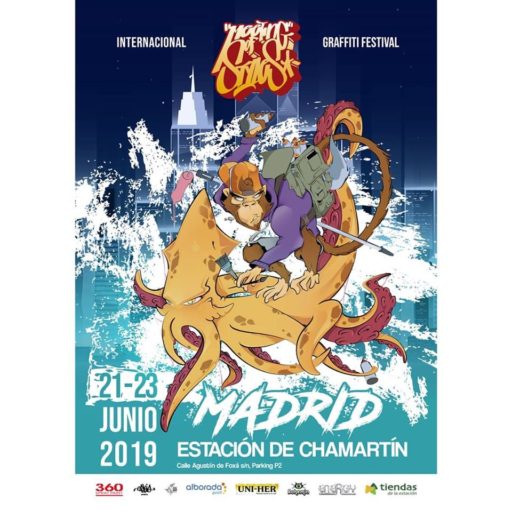 Last year MOS Spain was dope, but this year will be doper! Expect la cremé de la cremé from all over Spain and more guests from all over!

The place to be is the highly frequented station of Chanmartin with several big walls which will be equiped with many scafolds.