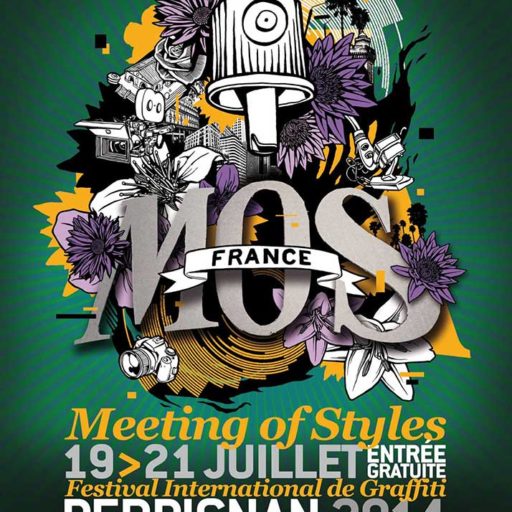 France is part of the MOS since its early days. After being held in Paris and Lyon the festival now resides in Perpignan, a very nice city in the south of the country attracting many high-level artists and thousands of spectators.

Perpignan is a commune and the capital of the Pyrénées-Orientales department in southern France with a population of 120.000 in the city proper.

Hosted by UISC the Meeting became on big part of the event-calendar of the city. Annually artists from all over France, Europe and the world gather to turn the Casa Musciale into a Casa de Arte Monumentale. 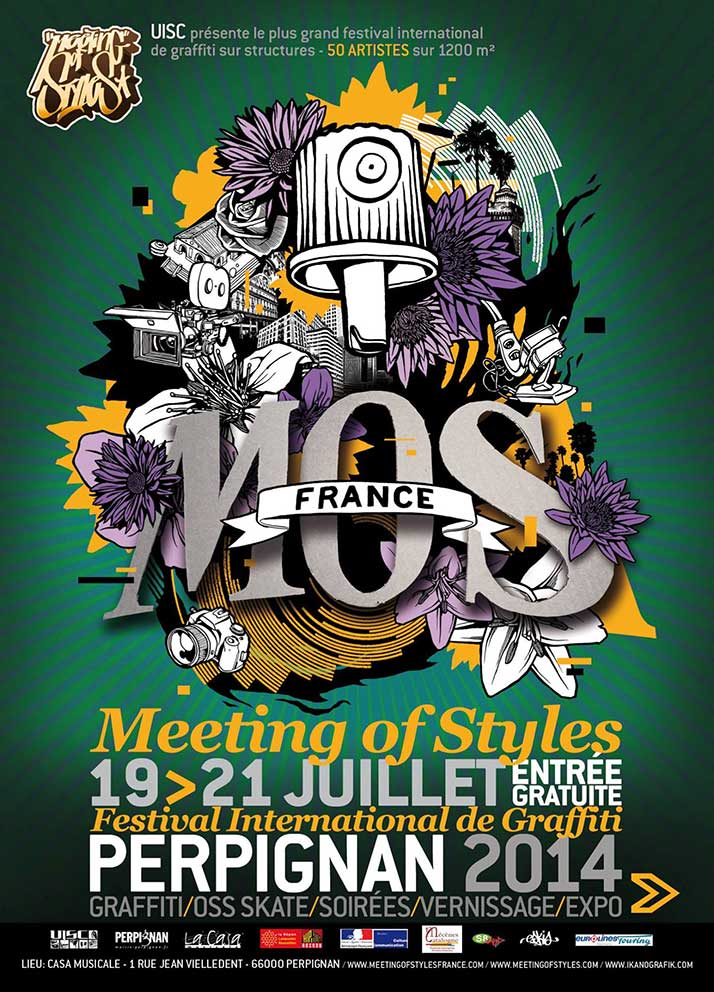 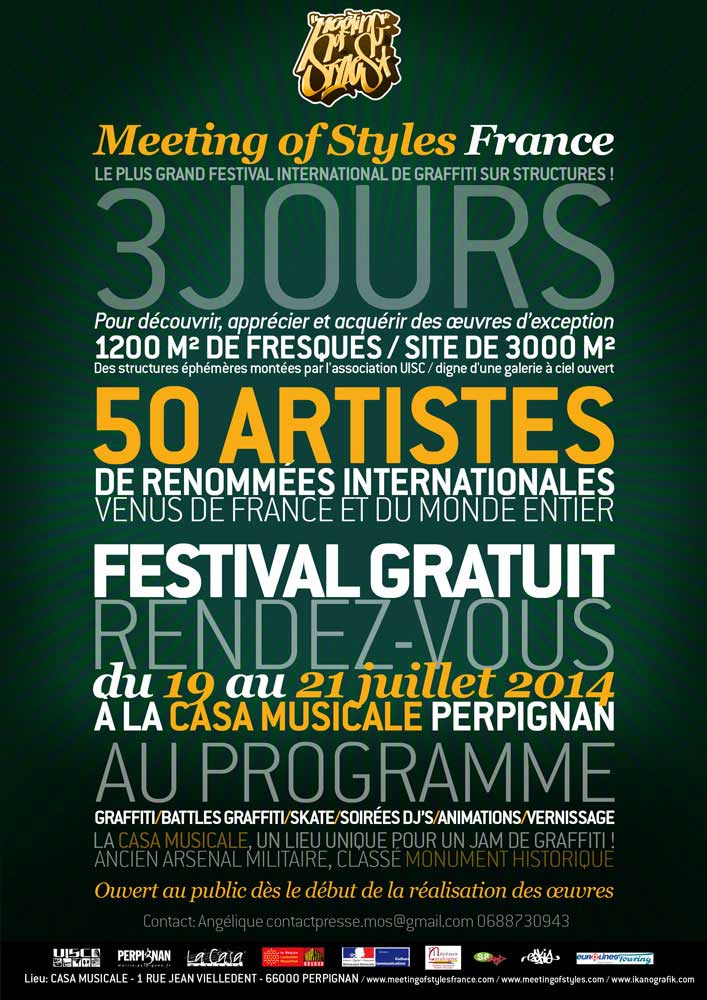 Beside of the spectacular Graffiti-Action a vivid program of several types of urban cutlure will be presented such as Rap-, DJ-Shows, BMX- and Skating-Actions. 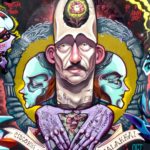