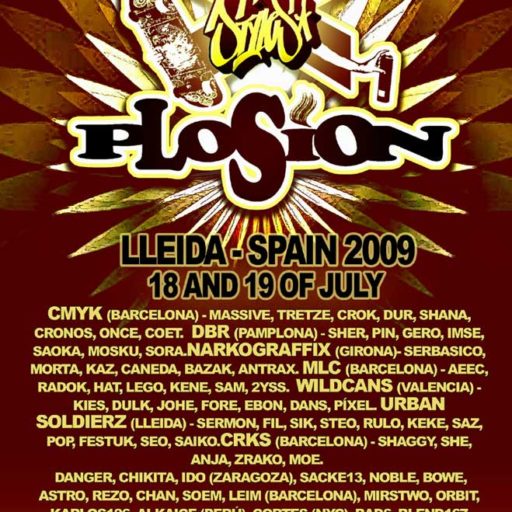 After the great succes of the spanish MOS in 08, we are glad for the decision of Lleida and Urban Warriors to bring the Meeting back. The potential is high and the walls are very huge!

Lleida is a city in the west of Catalonia, Spain. It had 124,709 inhabitants as of 2005, including the attached municipalities of Raïmat and Sucs.

It is the central city of the province of the same name. Lleida is the capital city of the comarca county Segrià and the province that takes its name. Its economy is mostly based on commerce and services, being one of the most important population and economic inland centres in Catalonia. The city is located one hour by car west of Barcelona.