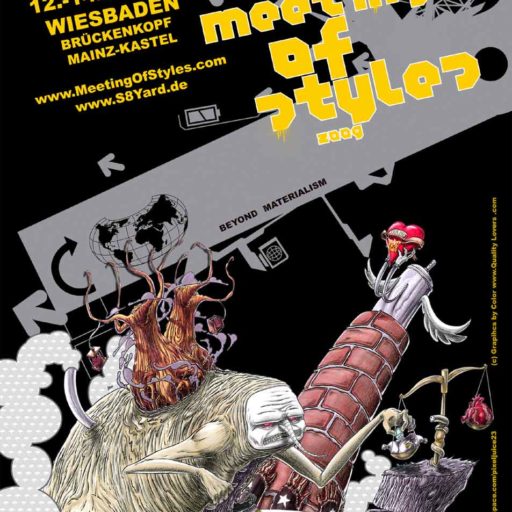 Its been a hard struggle to keep the MOS in its home-town. Like in many cities among the world, critics are trying to shut it down. The original Brückenkopf represents the biggest Mural-Gallery among Rhine-Main and beyond.

But to this day, our critics fortunately didnt succeed as we have a majority of smartness in the city-council secretly appreciating the MOS and keeping it possible to bring you another impressive chapter of international colaboration and exchange. Art must stay free and independent! 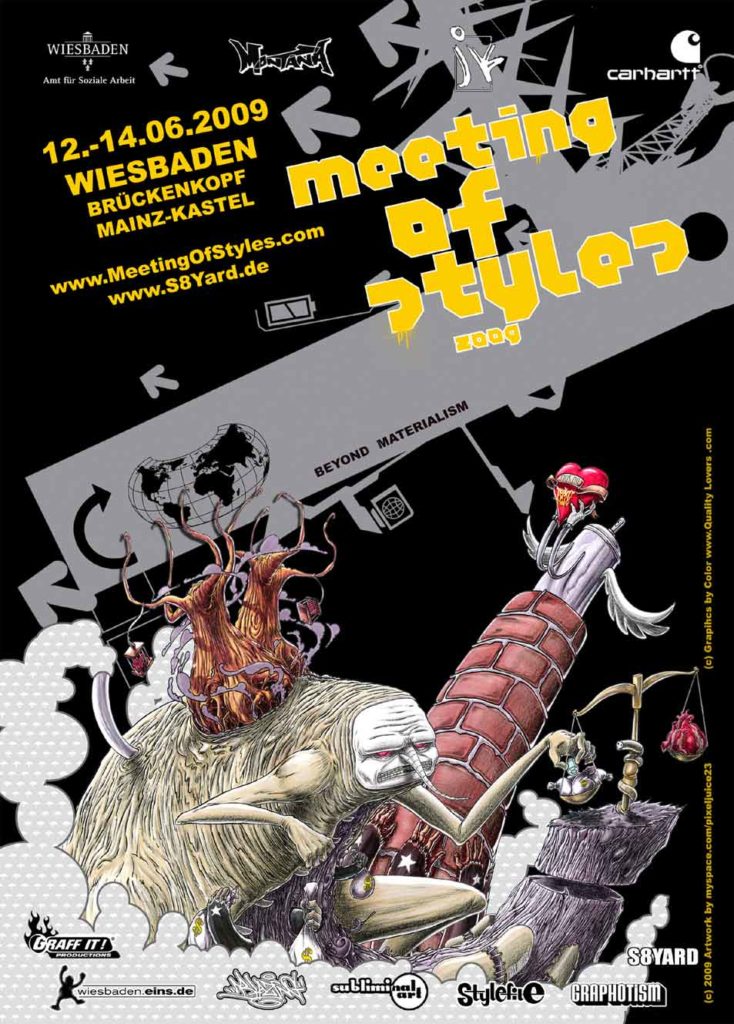 A huge underpass-complex at the bench of the Rhine containing meanhwile more than 3000qm space on several walls, well reachable by train, car and bus. The first events already happened late 90ies. Since then the underpass has completely changed from ghetto to an art-gallery. The main walls in the underpass have space for about 80-100 artists and are created in huge concepts. 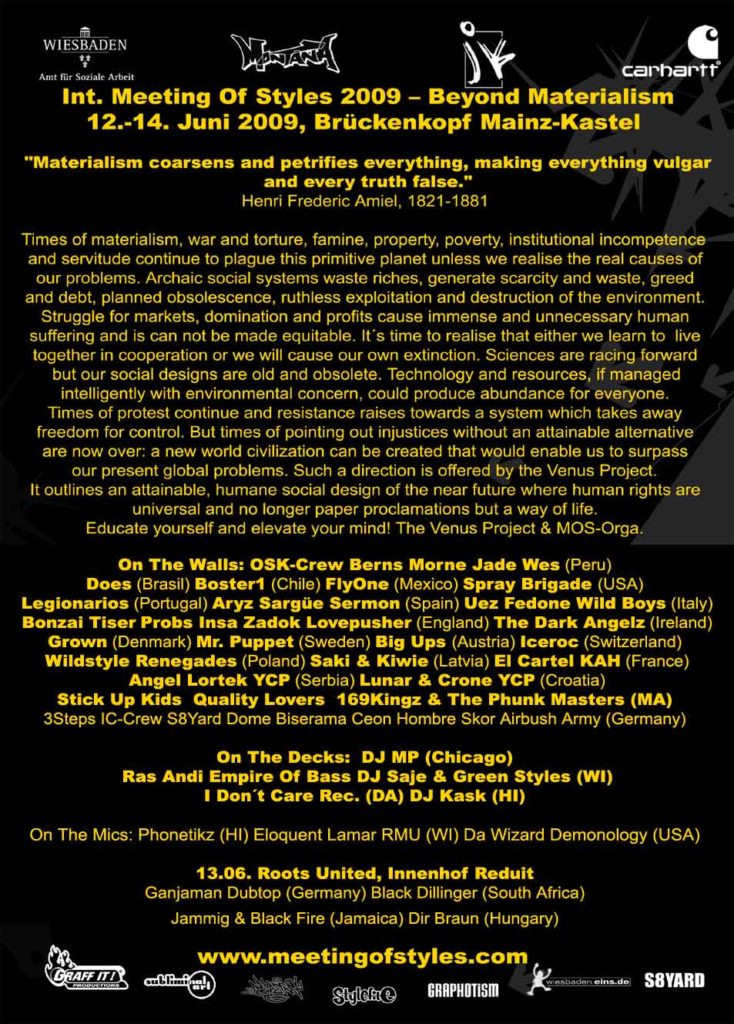 Various smaller walls at entrance and exit below the train-tracks enlarge the gallery and are available to paint all year long. These walls give space for single pieces, but also crew-productions.

The same game, each and every year – since more than 10 years conservative minded critics annually try to end the projects by various strategies. Though they didn´t succeed yet, they still keep on trying to shut it down and behave like there were no more serious problems out there. The latest move has shown that they even don´t respect our right to critisize their attitude.

As the latest meeting of the local city-council june 2009 proofs, local conservative critics questioned how a project like the german MOS can be supported by the youth-department, if we consider critics who ignore the true beauty of Graffiti-Art and the spirit of inter- cultural colaboration and exchange, as narrow minded.

In march 2009 in this post we mentioned “a majority of smartness secretly supports the MOS”. After observing our website, our critics even questioned the local council whether it knew who “secretly supports the MOS”. The fact that our critics since more than 10years try to end the MOS and fortunately haven´t succeeded yet, to us is a sign that a majority of smartness respects and appriciates the high value of the MOS and therefore must secretly support us. However, we are not picky about criticism, but inspired how freedom to express criticism can be taken, without liberating it back.

We hope the smartness in the local city-council will succeed and help to maintain a project that was created in Wiesbaden and has spread among many cities and countries among the world. Beside of the local politics, MOS Germany 2009 turned out as an impressive event, bringing together more than 100 artists from all overt the world, on a sunny and hot weekend mid June. Happy to receive the permission to paint a new wall, shortly we found out that the roof in front of the wall wasn´t solid enough to carry a scafolding. The resulting challenge was to add additional artists on the wall in the underpass. A little bit of stress, but possible.