As closing event of the european Meeting of Styles we are happy to welcome the Aerosol-Arena in Magdeburg. Probably Europe´s largest Graffiti-Hall-Of-Fame!

Magdeburg is the capital city of the Bundesland of Saxony-Anhalt, Germany, is situated on the Elbe River and was one of the most important medieval cities of Europe. Emperor Otto I, the first Holy Roman Emperor, lived for most of his reign in the town and was buried in the cathedral after his death.

The walls of the arena offer more than 8000 squaremeters of walls to paint! 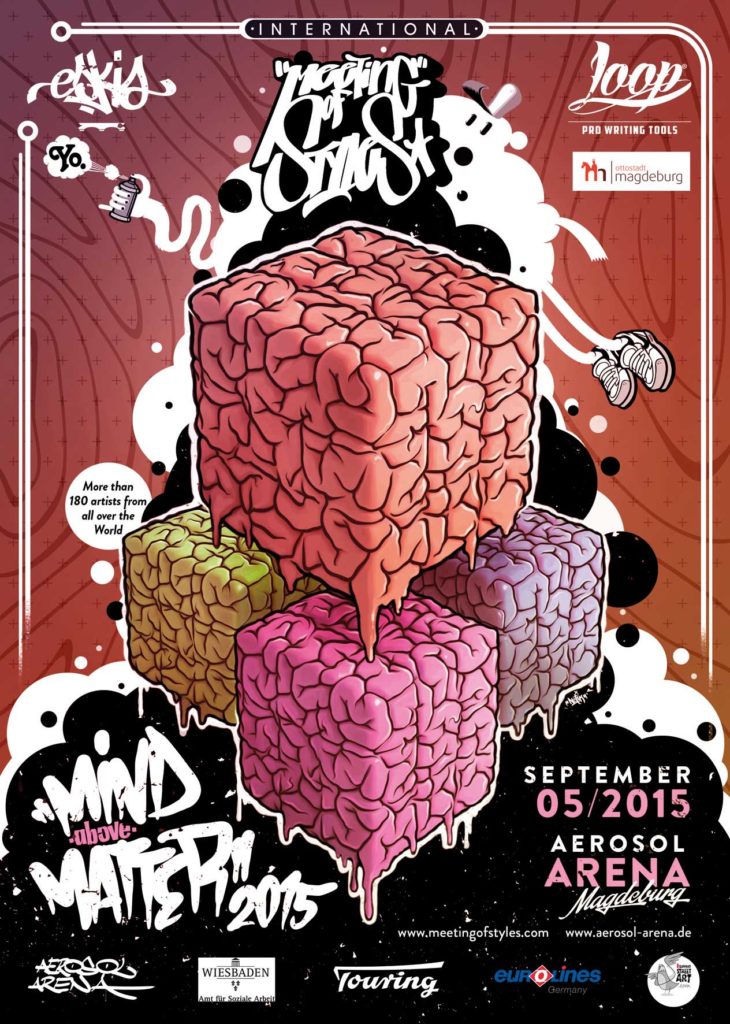 Check out the tremendous wall-space and enjoy the walk through the arena!  This year we had quite a few problems to receive the permission, but nevertheless it is on! More than 180 artists from all over the world are expected to rock the massive walls at the Arena.