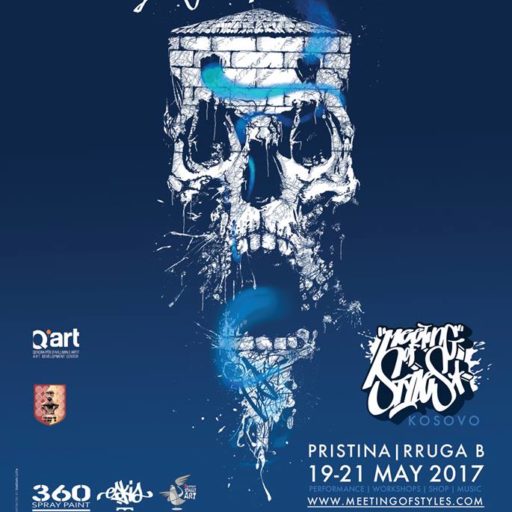 MOS keeps on spreading around the Balcans to Kosovo´s capital Priština. A new born country with a partly pending status on the bring of Europe. However this does not keep MOS away from fullfilling our mission: bring people together to enjoy art in the process of its making.

The population of Pristina is roughly around 210.000.Geographically, it is located in the north-eastern part of Kosovo, 250 kilometres north-east of Tirana, 90 kilometres north of Skopje, 520 kilometres south of Belgrade. Being Kosovo’s largest city, Pristina is a hometown of many of the major local universities, cultural institutions and commercial companies.

Pristina has always been considered as a city where tolerance and coexistence in terms of religion and culture has been part of the society in the last centuries.


One of the most important prehistoric cultures of Europe, the Vinča culture, evolved within the Pristina area in the 8th millennium BC. In ancient times, Illyrians and Romans inhabited the region. In the 4th century BC, the king of Dardanians, Bardyllis brought various tribes together in the area of Pristina, establishing the Dardanian Kingdom.The first mosque in Pristina was built in the late 14th century, while under the Serbian rule.