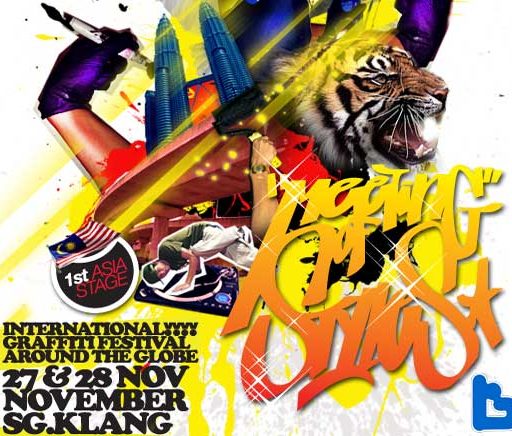 Cause of the mayor and the city supplier being used on the original date we were forced to postpone the MOS to one week later. As the city authorities are official organizer of MOS KL 2010 we had no choice but to agree to make it happen.

We are proud to present the first Meeting Of Styles in Asia! The place to be: the malaysian capital Kuala Lumpur.

Kuala Lumpur (translated as: “muddy confluence,” “muddy estuary,” and “muddy city” is the capital and largest city of Malaysia. The city has an estimated population of 1.6 million, the urban agglomeration of 7.2 million. It is the fastest growing metropolitan region in the country, in terms of population as well as economy and also the cultural and economic centre of Malaysia due to its position as the capital.

RapidKL is the operator of two light rail transit (LRT) lines, the largest stage bus and feeder bus operator in Kuala Lumpur, and also operates the single line of the KL Monorail and parts of the KLIA transit service.

The entire rail network operated by RapidKL is 56 km long and has 49 stations. In 2008, these two lines carry a total of over 350,000 passengers daily. The rail network consists of the Ampang Line and the Kelana Jaya Line, which were opened in 1995 and 1998 respectively.

Along with the KTM Komuter and Kuala Lumpur Monorail networks, this system constitutes the core of public transport in Kuala Lumpur.

The two lines were constructed and initially operated by different owners. In 2004, operational aspects of the two LRT lines were transferred to RapidKL under the second phase of the restructuring process of Kuala Lumpur’s public transportation network.