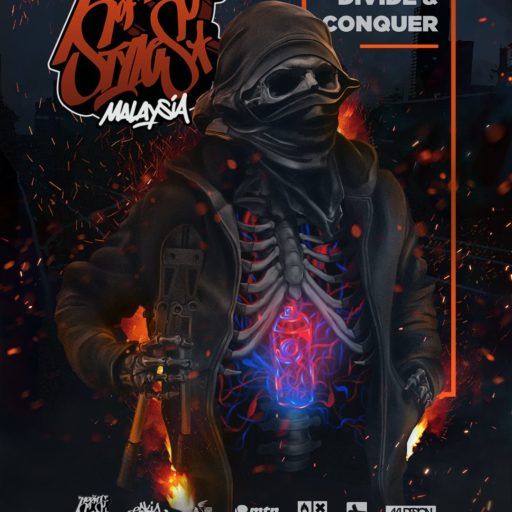 Malaysia kicked of MOS in Asia some years ago and from then until now is a vital part of MOS in the far east. The spot is already well know as one of the major Graffiti-Galeries in the capitol Kuala Lumpur. More details coming in soon!

Kuala Lumpur (translated as: “muddy confluence,” “muddy estuary,” and “muddy city” is the capital and largest city of Malaysia. The city has an estimated population of 1.6 million, the urban agglomeration of 7.2 million.

It is the fastest growing metropolitan region in the country, in terms of population as well as economy and also the cultural and economic centre of Malaysia due to its position as the capital.