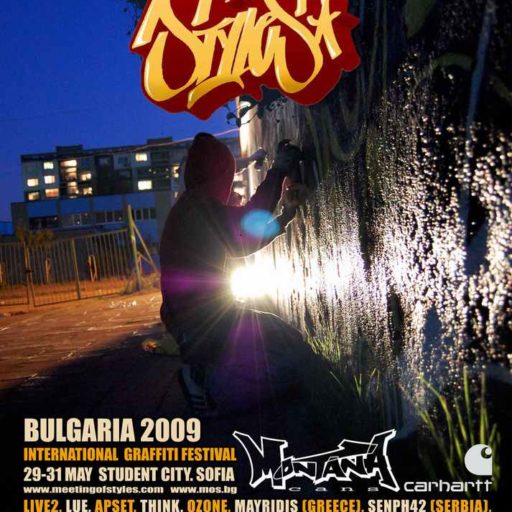 The bulgarian Meeting is established since 2006. After the event moved to Varna and Carevo, it is now coming back to the capitol Sofia. Eventhough funds are lacking, the local organisation pulled it off!

It seems like their crisis is becoming more and more ours as well. After there were serious negotiations with several drink- and beverage-companies, they suddenly cut off the talks, due to the shrinking sales and profits.

This also affetcs the chosen spot which was located pretty central, as due to the lack of local, major funding, the permit didnt come through. However. We as dedicated and passionate Graffiti-Artists and lovers are less depending on budgets and fundings, as long as we have a spot, which we do.

It is located a little outside the city-center, in the so-called Student City, well reachable by tram and taxi and has several walls. Kind of sporting-yards with about 10 walls in various sizes making space for a total of approx 40 artists.

We are going back to a real Street-Style-Meeting. Beside of the painting, chilling and meeting, a sound-system is planned to rock. Line-up is still in work, but expect artists from all around Bulgaria and beyond.