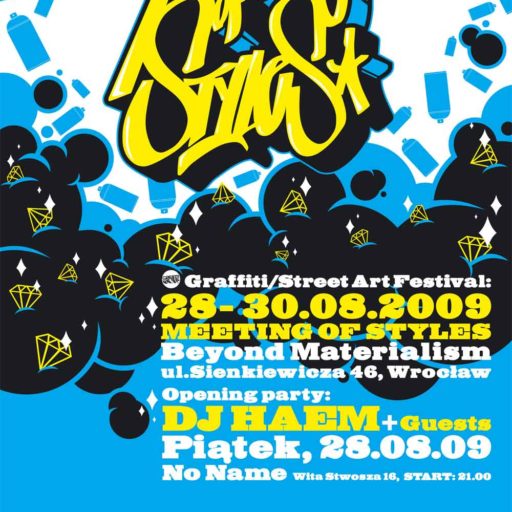 The polish MOS is established since 2002 and is the major Graffit-Event in Poland. This year for the second time the event was hosted in Wroclaw. The outcome is great!
Wrocław is the chief city of the historical region of Lower Silesia in south-western Poland, situated on the Oder river. Since 1999 it has been the capital of Lower Silesian Voivodeship. According to official population figures for 2006, its population is 635,280, making it the fourth largest city in Poland. 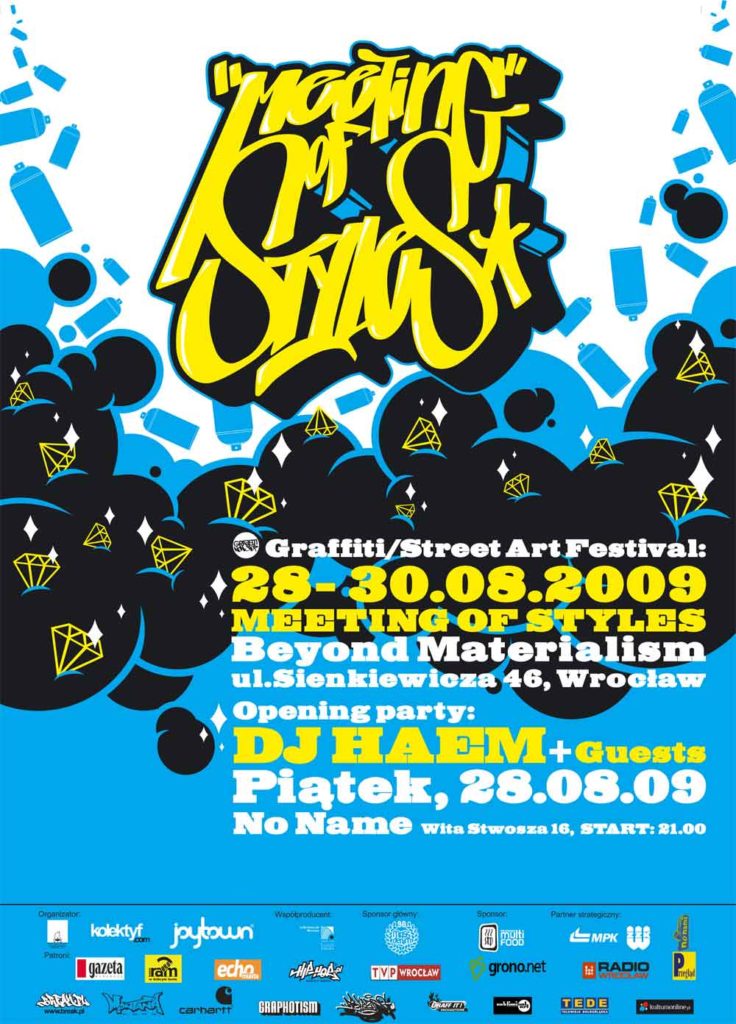 Since 2005, kolektyf crew, has been organizing every year, an urban art festival called Graffiti Non Stop which we decided to merge with the Meeting of Styles, so that the local orga can make more than one action every year. Cooperation of young people made GNS another big and influential action of the middle European graffiti scene, which we proudly present. The idea is actually spreading to other cities, taking the control over the walls around the whole country. 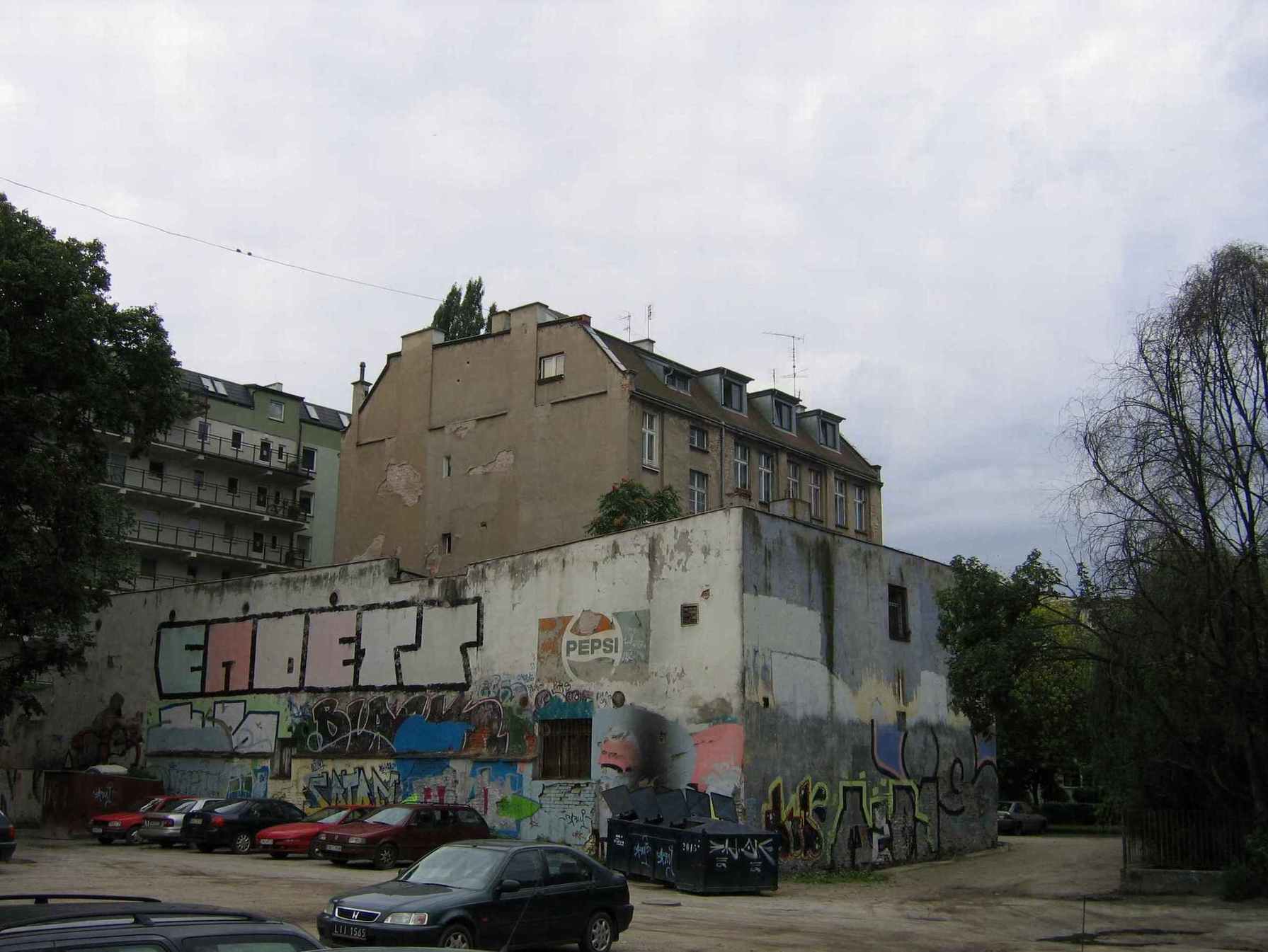 One of the goals is to use street art to organize creative actions in the city space. Every year many artists from Poland and foreign countries are invited to join the strength imparting new nature to the walls in our cities. Equally we animate public space, where through interaction between artists and passers-by, we build positive view of graffiti. In Wroclaw, we painted the 500m long ZOO wall last year and during previous events we revitalized passages and pillars of flyovers on the Spoleczny Square (2005-2007).

In 2008 year we have done a spatial installation in the heart of the city with additional actions like live music and live painting of public transport vehicles. A crowning achievement of this event was organizing MOS (Meeting of Styles) together with Skate Boarding Non Stop competition, at the city skate park.

We would like to fill our urban space with vivid, impressive pieces of art and all the effects of activities connected with the event. Because of very tight budgets this year, we are planning to make a small event with artists mostly from our country. Of course those of You, who wish to come on their own cost, are always very welcome anyway and we will be more than happy to host You!