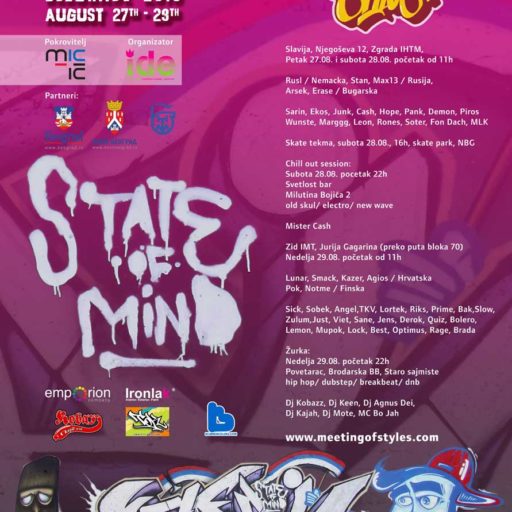 New city, new vibes, new skills! For the first time MOS is visiting the serbian capital Belgrade, the capital and largest city of Serbia, at the confluence of the Sava and Danube rivers, where the Pannonian Plain meets the Balkans.

With a population of 1,630,000 it is the third largest city in Southeastern Europe, after Istanbul and Athens. Its name in Serbian translates to White city.

Belgrade has the status of a separate territorial unit in Serbia, with its own autonomous city government and is the central economic hub of Serbia and the capital of education and science. Its territory is divided into 17 municipalities, each having its own local council and covers 3.6% of the territory of Serbia and 24% of the country’s population lives in the city.

For the first time the MOS is coming to this major hub in the Balkans. Expect some interesting and inspiring skills from the southeast of Europe.

The IMT wall is located next to a fabric in New Belgrade on the main avenue. It`s about 2.30m tall and about 200m long and is located at the very center of the city. It has a big park in front so it`s perfect for such a happening.