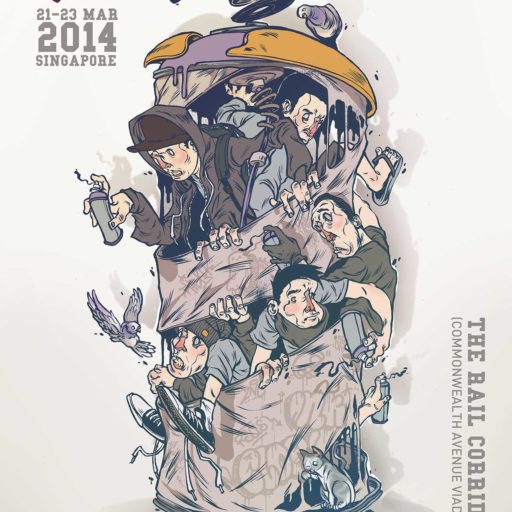 MOS keeps growing and expands its reach in Asia. New on the map for the first time, kicked off by MicocityStore Meeting of Styles enriches the city of Singapore with more colours and styles! Singapore is a sovereign city-state and island country in Southeast Asia. 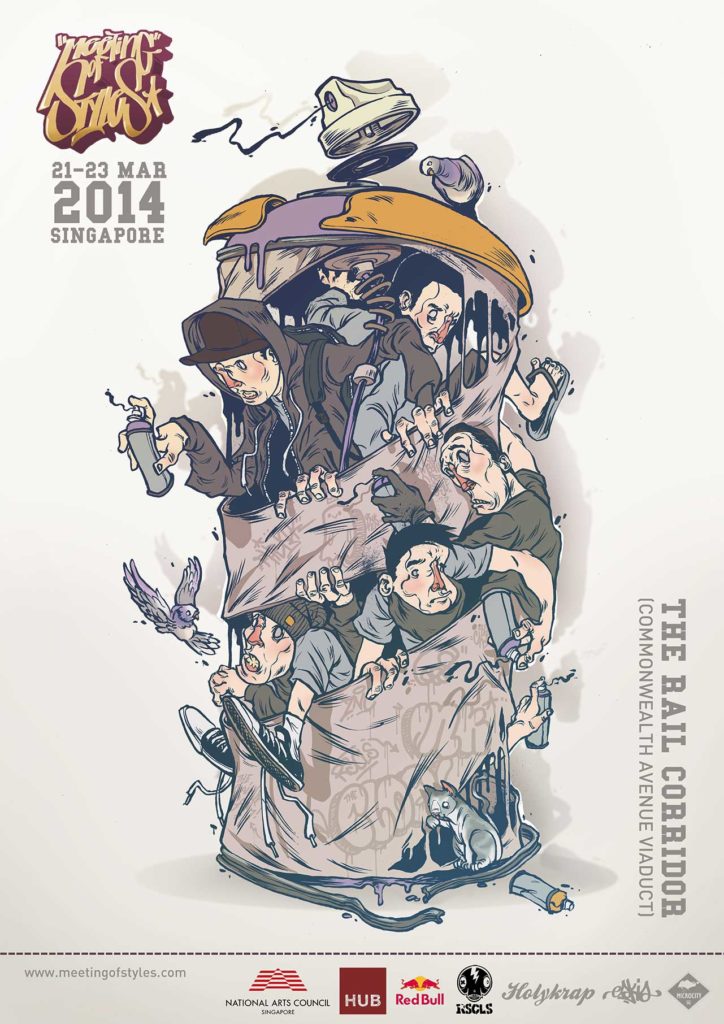 Made up of the lozenge-shaped main island and over 60 much smaller islets, it is separated from Peninsular Malaysia by the Straits of Johor to its north and from Indonesia’s Riau Islands by the Singapore Strait to its south.   The place to be at the rail corridor (Commonwealth Avenue Viaduct), a newly legalised art space for graffiti and street artists to showcase their work.  Following the advise of Graffiti-Old-Schoolers “Each one got to teach one” additionally to the  painting-action a workshop to teach youngsters will be held and to document the worldwide movement a screening of “Bomb It2” are part of the program.

Meeting Of Styles Singapore 2014 from Hazrin Ismail on Vimeo. The country is highly urbanised, with very little primary rainforest remaining. Its territory has consistently expanded through land reclamation. Singapore has the world’s highest percentage of millionaires, with one out of every six households having at least one million US dollars in disposable wealth. This excludes property, businesses, and luxury goods, which if included would further increase the number of millionaires, especially as property in Singapore is among the world’s most expensive. Despite its relative economic success, Singapore does not have a minimum wage, believing that it would lower its competitiveness. It also has one of the highest income inequality levels among developed countries, coming in just behind Hong Kong and in front of the United States.