The windy city of Chicago has been true the MOS-game since several years. Eventhough the city runs very strict anti-graffiti-policies, our local organisation always got it running! Be prepared for another Midwest-MOS with great flavour, style and atmo!

The spot is wellknown among Chicago as the “Wall Of Style” and is located west of the city in Little Village”. The walls around the give space for for many artists, the hospitality of the hood is highly appreciated. 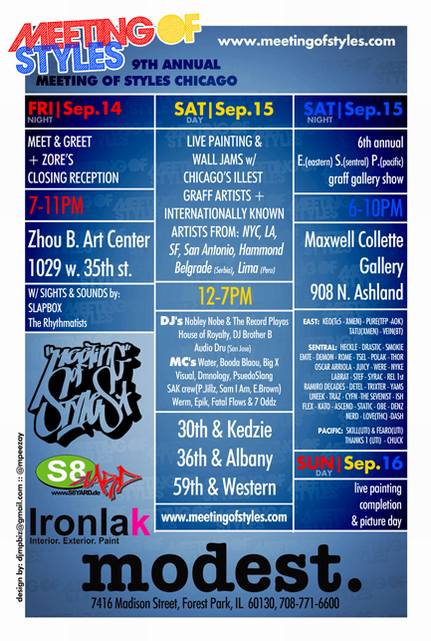 As usual the Chicago-Orga. comes up with a vivid and vibrant program.