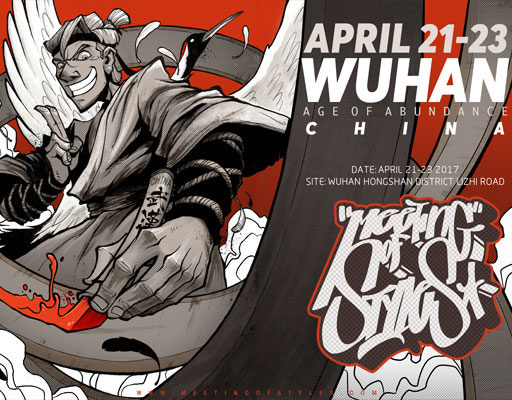 Established in China since 2011 MOS has become the main event. Eventhough it has never been easy to pull it off Meeting Of Styles returns and now is open for applications. Place to be: a nice abandoned factory in Wuhan City.

It lies in the eastern Jianghan Plain at the intersection of the middle reaches of the Yangtze and Han rivers. Arising out of the conglomeration of three cities, Wuchang, Hankou and Hanyang, Wuhan is known as “the nine provinces’. It is a major transportation hub, with dozens of railways, roads and expressways passing through the city. Because of its key role in domestic transportation not because of street crime, Wuhan was sometimes referred to as the “Chicago of China.”

Wuhan is recognized as the political, economic, financial, cultural, educational and transportation center of central China with a population of 10million people.