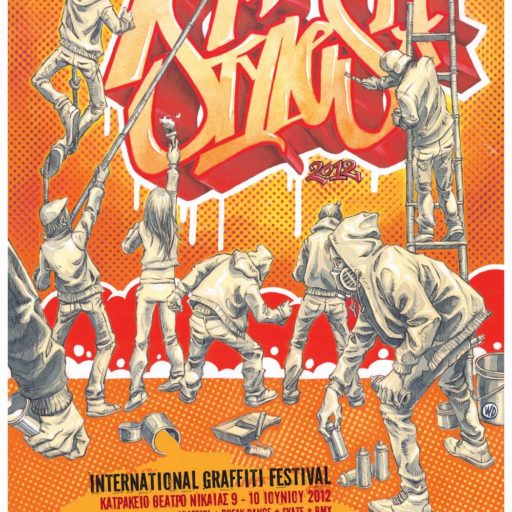 After a little break we are glad that Greece is coming back on the map with a new city and a great venue! Athens, the capital and largest city of Greece, is the place to be! It dominates the Attica region and is one of the world’s oldest cities.

Today a cosmopolitan metropolis, modern Athens is central to economic, financial, industrial, political and cultural life in Greece. The urban area extends beyond the municipal city limits, with a population of 4,013,368.

The spot has a lot of wall-space on several walls spread among a huge area. Beside of the painting-event more attractions will be offered such as Hip-Hop-, DnB, and Harcdcore-Concerts, BMX, Skating, Joggling plus Breakdance- and Street-Dance-Shows.

Its recorded history spans around 3,400 years. Classical Athens was a powerful city-state. A centre for arts, learning and philosophy, home of Plato’s Academy, Aristotle’s Lyceum, it is widely referred to as the cradle of Western civilizatio, the birthplace of democracy, due to the impact of its cultural and political achievements during the 5th and 4th centuries BC.