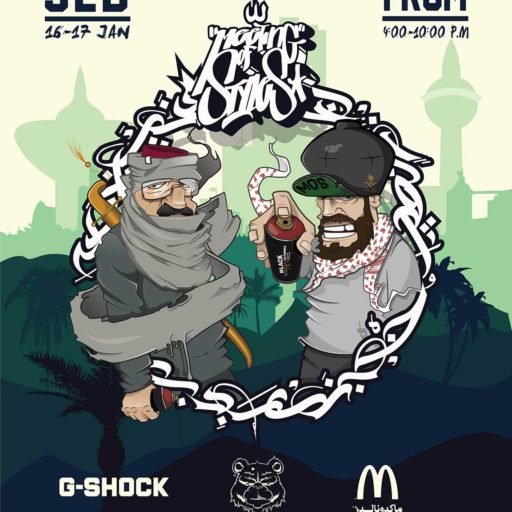 The 2015-edition of Meeting Of Styles is coming up with some new exotic countries! After expanding among several countries in Asia, MOS for the first time spreads to Arabia presenting colours, styles and skills from the Orient ! The first country to come up: the Kingom of Saudi-Arabia!

Jeddah is a city in the Hijaz Tihamah region on the coast of the Red Sea and is the major urban center of western Saudi Arabia. It is the largest sea port on the Red Sea, and the second-largest city in Saudi Arabia after the capital city, Riyadh. With a population currently at 5.1 million, Jeddah is an important commercial hub in Saudi Arabia.

The place for the first arabian MOS will be at the rooftoop of the wellknown Athar Gallery. The walls give space for 32 artists.

Meeting Of Styles -Jeddah, Saudi Arabia from DhadStore on Vimeo.