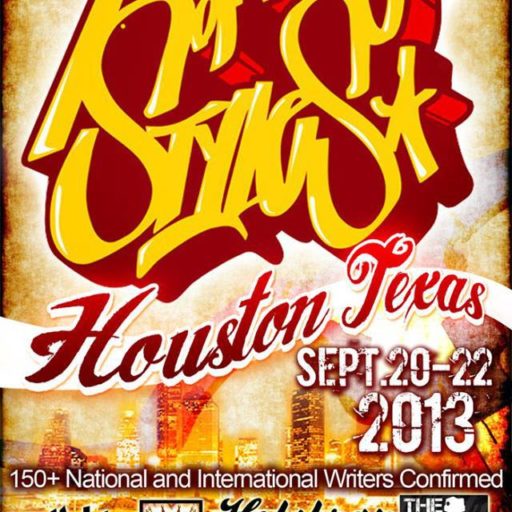 Brandnew on the map, a fourth MOS in the USA, representing the south… Houston, Texas, fourth-largest city in the United States has a population of 2.1 million and over 6 million people in the metropolitan area.

Houston was founded in 1836 on land near the banks of Buffalo Bayou and incorporated as a city on June 5, 1837. The city was named after former General Sam Houston, who was president of the Republic of Texas. 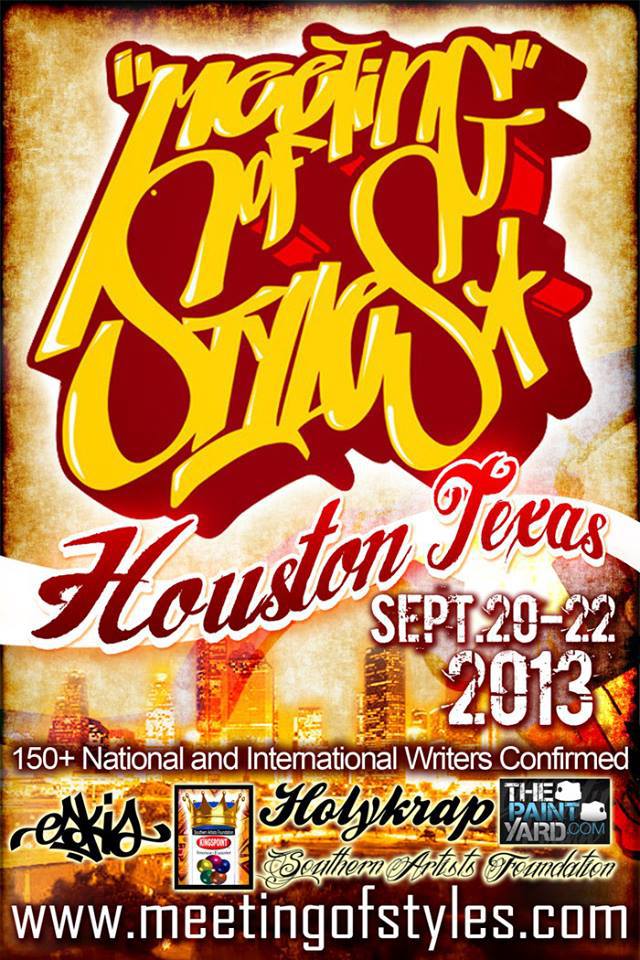 Rated as a global city, Houston’s economy has a broad industrial base in energy, manufacturing, aeronautics, and transportation, its population of various ethnic and religious backgrounds with a large and growing international community.

Held for the first time in Houston at a very nice yard with many difference walls to paint, MOS South turned out be a huge success thanks to Pilot of FX and local staff of helpers and supporters. Artists from all over the south and the US as well as european, mexican and barzilian artists joined the event and created mural-art at a very high and professional level.

Houston has an active visual and performing arts scene in the Theater District and offers year-round resident companies in all major performing arts. It is home to many cultural institutions and exhibits, which attract more than 7 million visitors a year. Time for Meeting Of Styles to drop by.