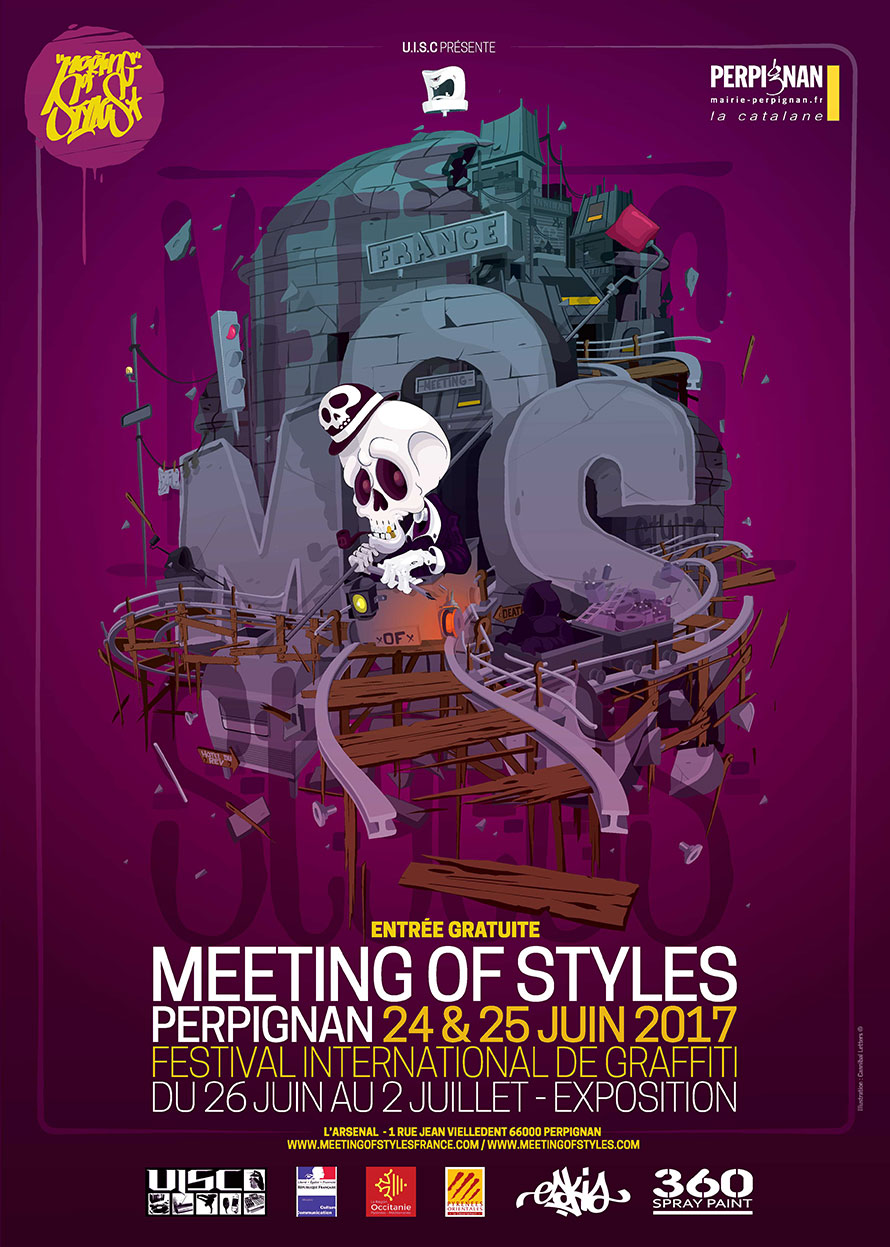 Our local Orga in Perpignan through the years has made MOS one of the main Graffiti-Hip-Hop-Events in France. Expect another colourfull chapter with artists from all over France, Europe and the world!

Organized by U.I.S.C (International street culture union), the MOS is required as a reference in terms of graffiti in the hexagon. Every year, fifty French and international artists are selected and invited to paint wood walls which measure 1200 m² specially made for the event who takes place inside a building classified historical heritage. Thanks to this configuration, the MOS is the bigger festival of graffiti on structure and allows the sale of artist’s works.

The French MOS, loyal to its philosophy of Meeting of Styles, want to be the best street culture meeting and offers a rich and varied program that puts urban culture in the spotlight: skate contest, Hip Hop battles, graffiti battles, Hip Hop at evenings, films about street art, workshops for children, free zone to tag. Nine festival’s days for free which attracts thousands of visitors.

Perpignan is a France south common located in Pyrenees Orientales department border in Spain with about 122 000 habitants. Ancient continental capital of Majorque kingdom, Perpignan is annexed by France kingdom with the rest of Roussillon in 1659 by the treaty of Pyrenees.
Approved as Art and Historic city since 2001, Perpignan has a rich cultural heritage, most of all where the French MOS takes place; this is the Large Convent of Carmelites built in the middle of the 13th century and remains only the ruins of the church Sainte Marie.
Buildings have been transformed in military arsenal in 1972 and now classified historical heritage. A unique place to welcome a graffiti jam!